Hope everyone had a happy, healthy, hellacious weekend. One filled with fireworks, fun, frankfurters, and freedom exercising activities. Freedom aint free and anytime a national holiday comes around like it did this past weekend, I do my best to stick to those Red Coats by doing something the Queen would surely scoff at and possibly even say "My word!!" about.

The weekend started with me attempting to earn some good trail karma by helping some Charlotte area mountain bike-cyclists navigate the wilds of Old Fort, NC. As mentioned here previously there is a mountain bike-cycle race going down in Old Fort, NC at the end of July called ORAMM. Its a 65 mile suckfest of mostly road and some trail that has some pretty nasty climbs on it.

Well, several Charlotte area riders were planning on racing the ORAMM and need help. Being from Charlotte they hadnt had the pleasure of suffering on what the course has to offer. They had posted on the local Charlotte mountain bike-cycling club, The Tarheel Trailblazers, website and need help.

Well, I figured I'd give 'em some navigational help and to be honest, I wanted redemption from the previous attempt at pre-riding The ORAMM course.

Up bright and early and we were on the trail at 7am. Up and off the Star Gap switchbacks then on and down the Heartbreak Ridge switchbacks. Left onto Jerdon Mtn. Road which wasnt as bad this time around. It was really nice outside and the dudes were content to keep a fast pace.

Once we hit Curtis Creek Rd. an old fella in a pickup stopped us and said he had lost his puppy up on the mountain. This seemed suspicious to me and left me wondering if next he would invite us into his windowless van for candy...

We told him we would keep and eye out and off and up Curtis Creek we went. This was pretty much the same as last time. It sucked and was long and steep and felt like it would never end. But it did and after the Parkway section and short hike-a-bike at the entrance to Heartbreak we were off on one of the raddest downhills in the forest.

Heartbreak has everything a proper mountain bike-cycle trail should have. Steep, rooty sections, natural features you can jump, and plenty of opportunities to exit the trail into rhododendron 40 feet down the side. Its awesome. Even the dudes seemed to be enjoying it, although they had never ridden trail of this caliber before... 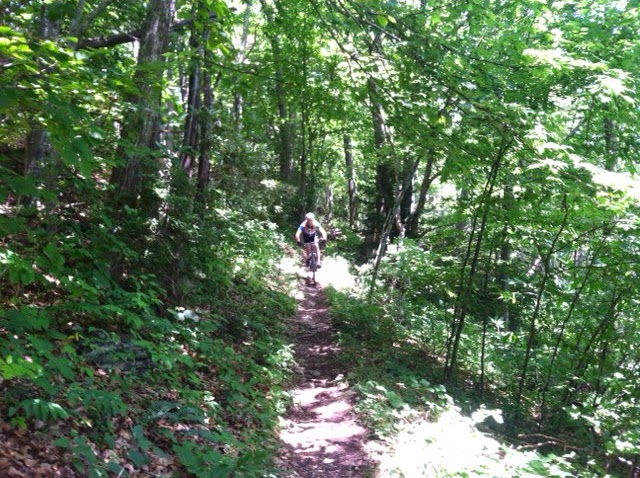 Heartbreak ridge is a hell of a downhill and has some of the best of what Western NC has to offer. The dudes rode almost all of it but decided against the biggest move on lower Star Gap.

Its a tricky move. One that has left me eating dirt on many occasions before. I felt good so I said "the hell with it" and went for it...

The day was grand and it felt good helping some out of towners find their way around. I also got redemption on the previous attempt Bailout in the Rainfog Nightmare on the Parkway 2014.

All was great in the land of Pisgah...

Except the dudes had told their wives that the ride would only last 4 hours. It ended up being more like 6 or 7. Hope they bought flowers and candies to make up... Or use my excuse of having to help an old man find a puppy... who doesnt like puppies?

Saturday FW and I were up bright and early to receive guests in the form of FW's parents and her Uncle Joe. They had business to attend to in Montreat, NC and wanted to come by and say hello. We ate a great breakfast at the Farmers Market and afterward, FW took off to work, the future In-Laws headed to Montreat, NC and I was left to my own devices.

Luckily my own Uncle Jeff had called me and wanted to ride bike-cycles at Bent Creek. He has a cabin in Linville, NC and had decided it was high time to go visit his only nephew and get rad with him on some trail. You see, Jeff is the reason I started mountain bike-cycling almost 16 years ago. Without his awesomeness and guidance, I would be a sad, miserable person instead to the sad, miserable, bike-cycler person I am today. The ride was great and he will definitely be coming back to ride again.

I drove home, mowed the yard, and drank too many beers. When FW arrived home, I was promptly escorted downtown to a piano bar called the Off the Wagon. I dont remember much of the rest of the night besides lots of IPA's, Pianos, singing "Raspberry Beret" with a bunch of strangers, and dancing "The Time Warp" in front of the bar.

If you arent familiar with the last two things then you have received your homework assignment for the week....

Sunday arrived with a headache and a hankering to get outside and play. Luckily our neighbors and fellow piano bar attendees Keith S. and Greta B. were off to go boating on the French Broad River near Brevard, NC. I have done plenty of flat water canoeing but the opportunity to get into some current sounded too great so FW and I loaded up and traded our land legs for sea ones.

It was a beautiful day. The river was flowing nicely and even offered a few "oh shit!" moments thanks to the numerous strainers and tricky bends we had to navigate.

Picnic style lunches were had, ice cold Pabsts were imbibed and a delightful time was had by all. 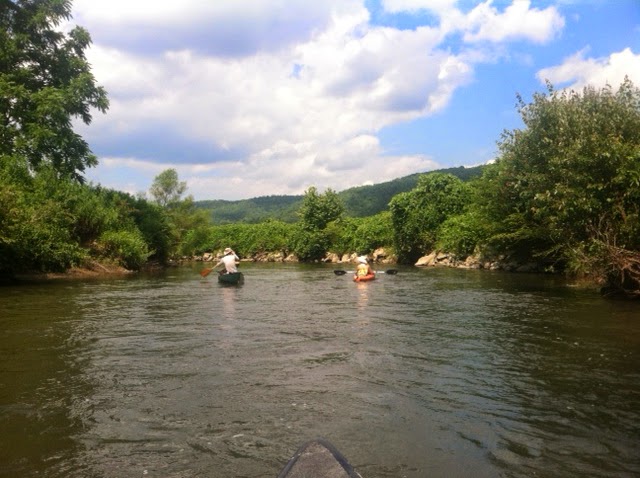 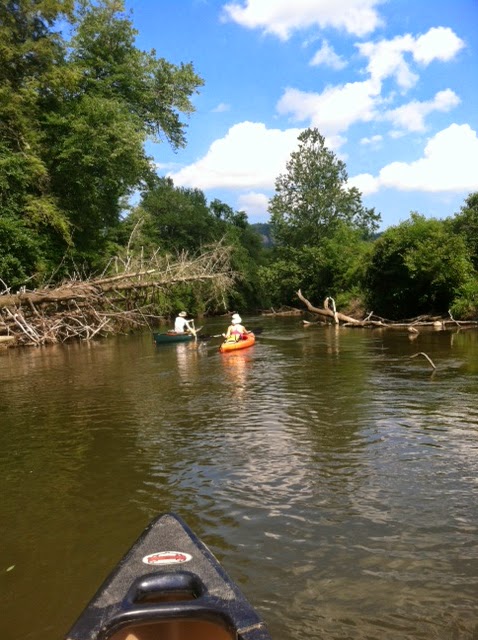 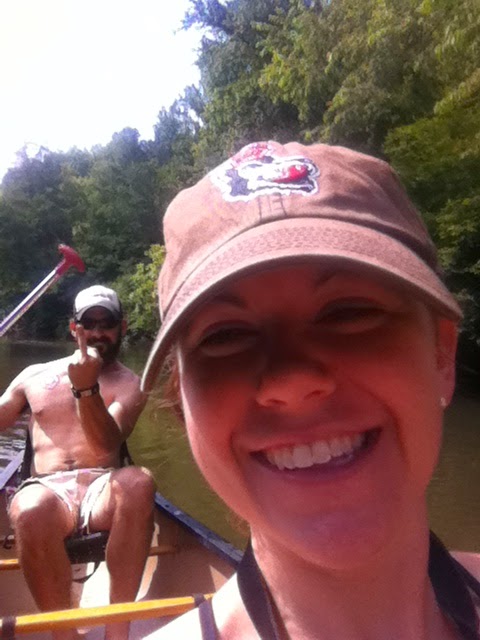 We even saw a beaver...What a treat!

I am 110% certain that boats, probably kayaks, are in FW and my immediate future. Just another way to enjoy the outdoor paradise land O' milk and honey we call home.

Until next time folks...


Hey! check out this sweet bug!! 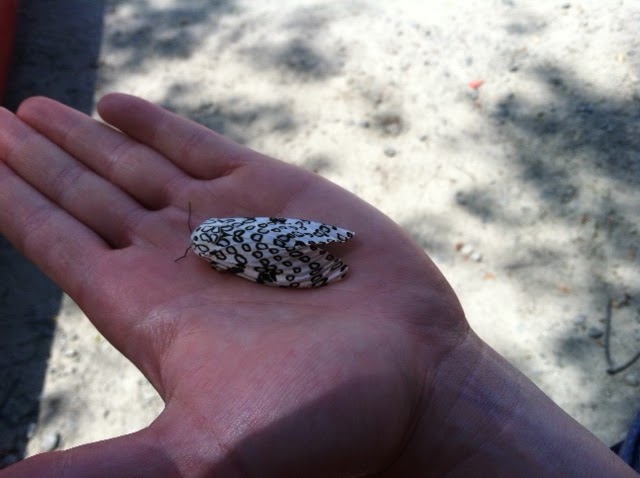