Like most of the Southeast this weekend, it rained alot up here in AVLUSA.

That puts a big ole wrench in the spokes of my weekend radfest2014 plans. However, this did provide ample time to do some junk around Greenview Manor that had been getting put off for some time.

Mostly, replacing our awful sliding shower door for a tride and true curtain. The shower door had leaked, causing some minor damage to the dryway adjacent to the tub and this needed remedying and fast. So off to Lowe's FW and I went for supplies to fix/destroy the door.

The door came out easy and the rest of the repairs werent too hard. After replacing the drywall, tile, and letting the caulk dry we have a nice new-ish shower situation. The best part was playing Demolition dude and ripping out the shower door... I wanted to use a sledge hammer but FW would have none of that.

Other than playing handyman, the weekend was uneventful. I sat about Saturday and napped, played banjo, messed around with the dogs, and was super lazy on a rainy day. It was AWESOME!!!

Sunday, FW's parents paid us a visit and took us out to breakfast at the Farmers Market. They have an "all you can eat" Farmers Breakfast that has "american" sized portions of hashbrown casserole, biscuits, grits, eggs, and bacon. Of course I had to test this claimed "all you can eat" status. After two plates I realized that if I go for a third I would be making a scene so I quitted myself of said breakfast and left that third plate for another time.

FW went to work and I went home to pay for my breakfast related sins...

I soon found myself bored as hell so I decided that the only proper way to burn off 5000 calories of 'Merica style breakfast was a Hard as Hell road ride on the BRP...

This was great for two reasons...

1. I needed to burn off all that crap I ate for breakfast and,
2. I got to wear my "formal" cycling attire as I pedaled past the million dollar plus homes on Elk Mountain and Town Mountain roads. 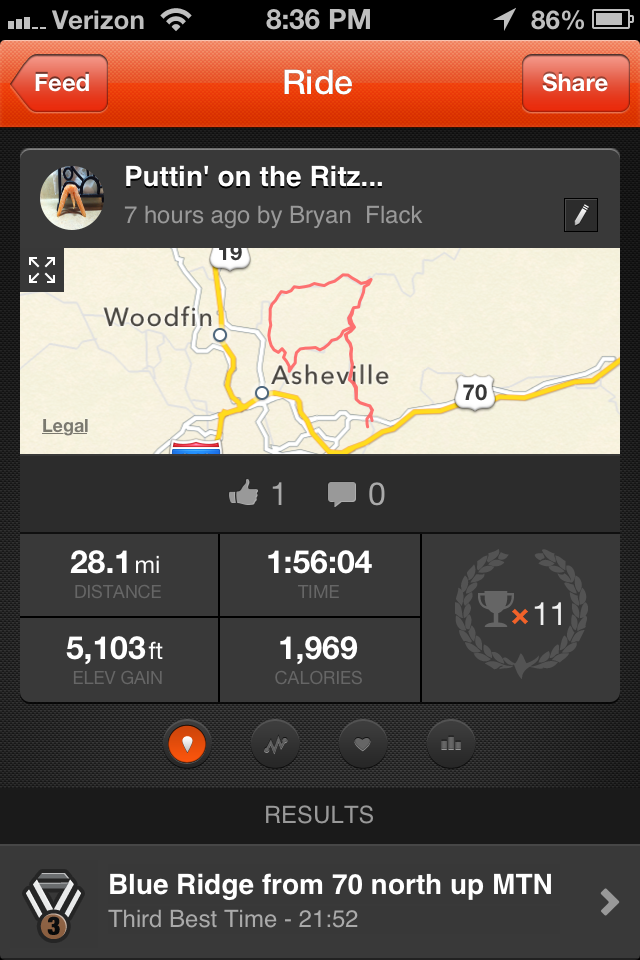 I made it home with sore legs and windburned forehead. Both signs of a good ride.

Afterward, I left the hizzy and met FW at her work so we could get The Bear fitted for a new backpack. She has been sorely needing one for quite some time and this one was just the trick. 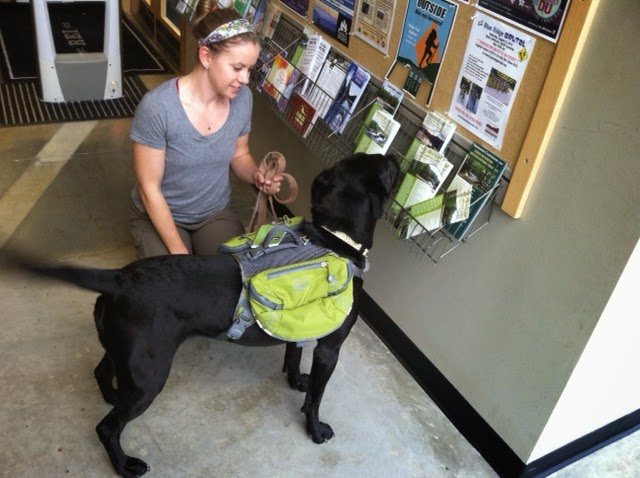 Of course we couldnt leave the day without testing it so we took off for a rainy hike at Bent Creek.

It was a good day. I even saw my spirit animal on the trail. Either pooping or laying eggs...or both. I dunno...