Hello one and all, and all and that guy, and his buddy too for good measure...

Glad you could make it to this here blog today to read about my life. Why you continue to read about what I do is a mystery... Are you an evil lizard monster bent on world domination so you are studying human emotions to trick us all into trusting you when once you have gained our trust you will shoot lasers out of your eyes and smite us all?

It would be awfully convenient if this were true.... lizard.

Well lizard(s) I'm stoked you could make it and hopefully your goals and aspirations of laser eyes and world conquering are delayed for at least a short time while you read this.

Finally after what has seemed like an eternity of cold, wet, cold, sad, wet and so on we had a sunny warm(ish) day. I sat around Greenview Manor debating my options. Fish? Hike? Pabst? hmmmm. I decided that with seven or so weeks until the kickoff of King o' Pisgah I best to be getting on a bikecycle and see what was left of my dignity...and endurance. I had forgotten my gnarcrossgravelcycle at work so I tooled it on over and picker her up. Since I was already on the Pisgah side of town I decided that a good ole' fashioned "punisher" was due. A "punisher" is a ride where by you atone for all the bad fitness-sucking activities of the past winter season. Too much good beer, pimento cheez sammiches, and pies had to all be burned away and my fitness would rise like a pheonix from their ashes... Hence "punish", and this one would prove to be more than I bargained for.

I parked at N. Mills Rec. Area and proceeded up FR 1206 to see where the gravel would take me. It was immediately obvious in the first few miles that this would be an especially difficult ride. Due to the freeze/thaw on the road and the recent rain the gravel was extra smushy and I was leaving a tire trail a 1/4 inch deep the entire way up the road. "Surely once I get into "the meat" of Pisgah" I thought,  "it will firm up and not make it feel like Im riding on marshmallows" (which in real life would be freaking awesome!!). Nope...

I made it the entire 11 miles down FR 1206, slogging it out in the marshmallows. It had been a long time since I traveled the entire length of 1206 by bike. There is much more climbing than I remember. Also it was beautimus and not a soul to be seen. The depths of Pisgah seemed extra welcoming in the late winter sun and even though I was already hurting it was fantastic to be out.in.it. I finally made it to highway 276 and headed down the pavement. Cruising past the Cradle of Forestry I began to formulate step 2 of my ride. I hung a left onto FR 477 and back onto gravel. What 1206 had in marshmallow, 477 added a little peanut butter. It was super soft and at times pretty tough making the hills without spinning out. Heart rate max, lungs heaving, and legs aching up the first few miles of road... Punishment 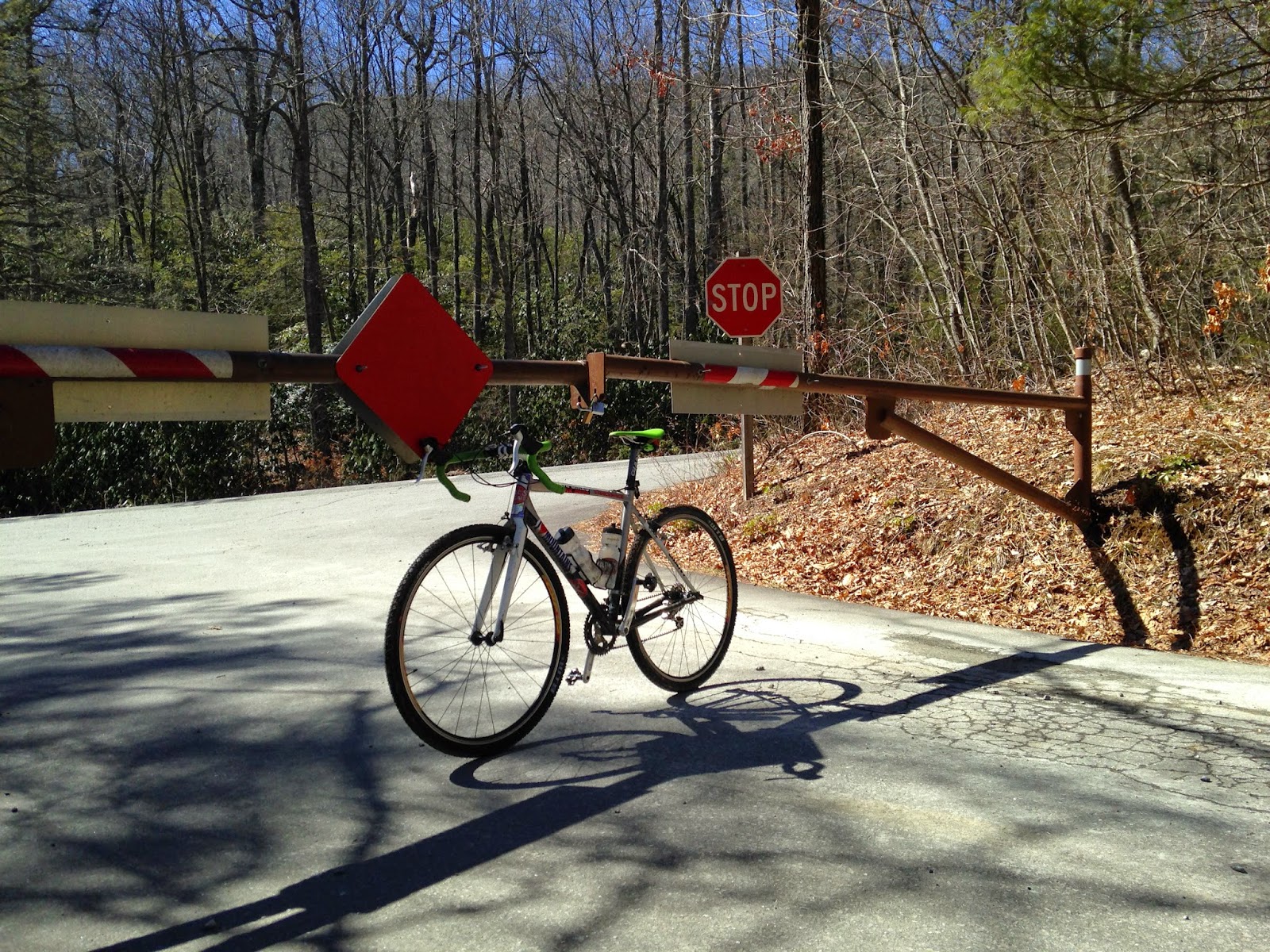 Soon enough I hit Club Gap and grabbed the drops for the screaming descent down to Avery Creek. The descent was a mix of frozen road hooking up like Velcro with my Nano 40c's, slamming into corners of peanut mud threatening to put me over the shoulder and down 40ft. into the forest. super sketchy, slippery, and fast. 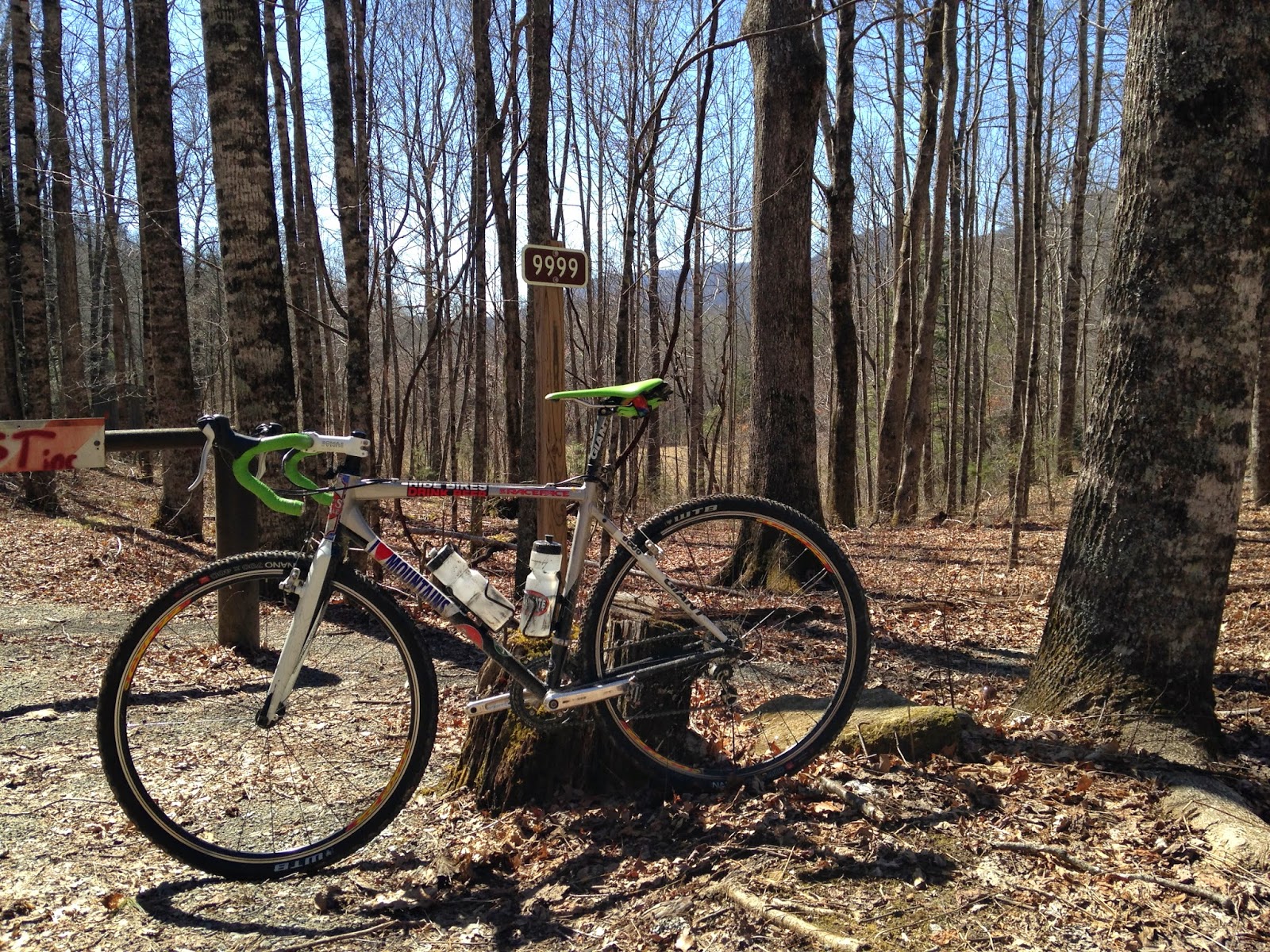 All that awesome was to be in vain because the route I chose now had me going up Clawhammer road. Four miles and a touch over 1000ft of elevation gain. This was going to hurt and I knew it. My gnargravelcrossbike has ok gearing for most climbs here in Pisgah but with tired legs and a steady 5-7% grade, 36x28 was a big gear to turn up the hill. Thankfully I brought my headphones and Pantera helped me fight off the demons and kept my stoke level high grinding up Claw. Sooner than I though but much, much slower than I wanted too, I finally made the gap. Cliche' picture taken and It was down Buckhorn Gap toward South Mills River and into some real "trail".

Buckhorn into South Mills on a CX bike is without question one of the funnest things I have ever done. The big Nano 40c's let me monster truck it up and over rocks, logs, and down the mellow descent into the wilds of the forest. It was smooth enough to rip but technical enough (for a CX bike) to keep the pucker factor high. I have ridden this trail countless times but never on a drop bar gravel bike and it was awesome. Something about riding that bike, that deep in Pisgah, solo, was pretty cool.

Pretty soon it was back onto 1206 and my legs were feeling ok. I grinded out that last little bit of climbing up past Laurel Mountain and onto the two mile descent back into N. Mills, civilization, and beer.

It was a good day.

I woke to two stumps attached to the lower half of my body. My legs were shot and sore beyond belief. All that mucky, marshmallow gravel put a hurting on me and I need some mellow mountain vibes to set me right. Thankfully K.A.W was itching to get out in to the forest so we loaded food and beer in the packs and headed into the hills. After last weeks snow-death-hike with Mike P., K.A.W and I decided to tackle the other side of the road and head into Shining Rock Wilderness for some R&R. We started up Flat Laurel Creek and within five minutes of entering the forest my legs and my mind were already feeling stellar. We strolled easily along the trail talking and taking in the warm, early winter Pisgah sun. 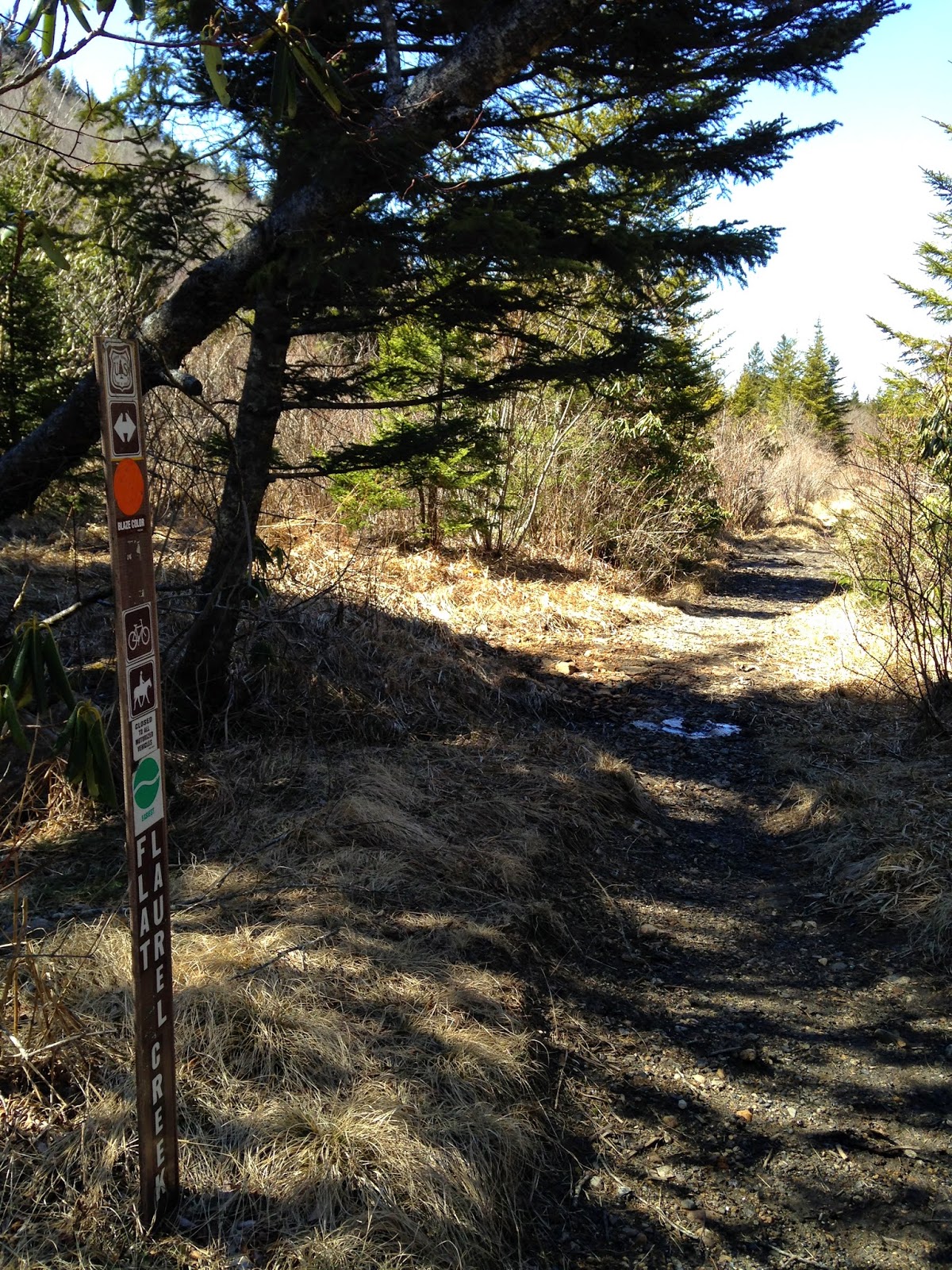 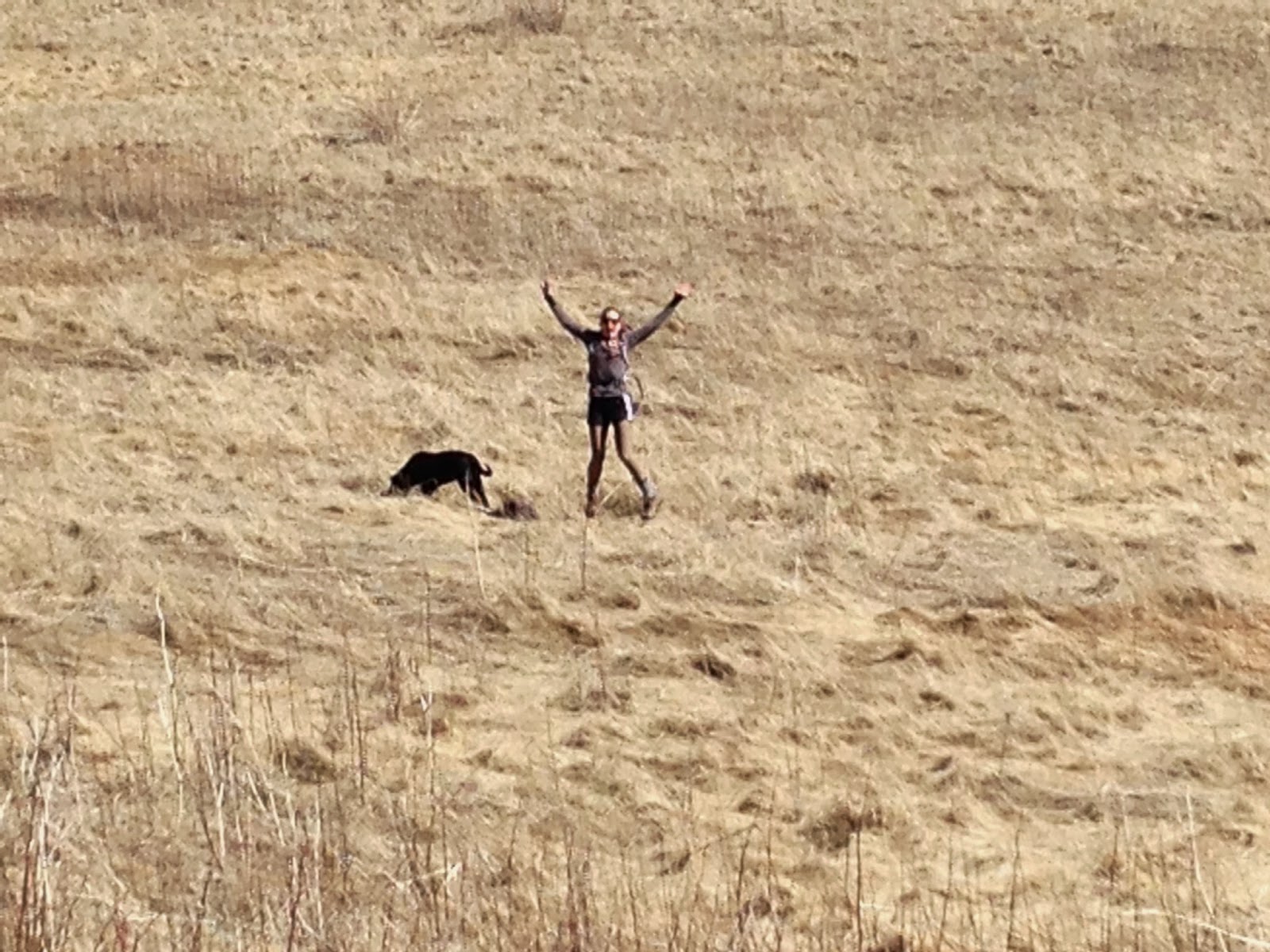 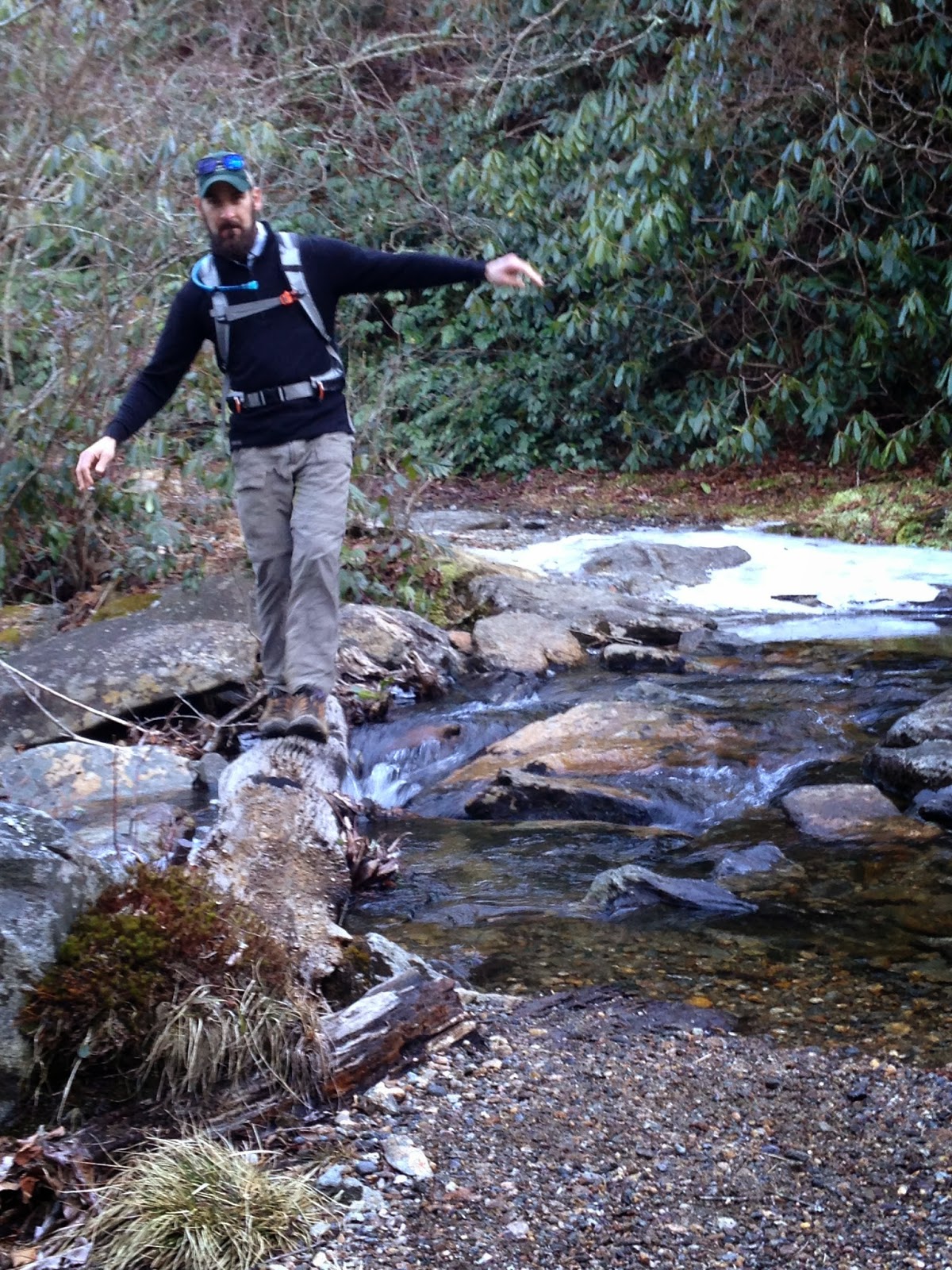 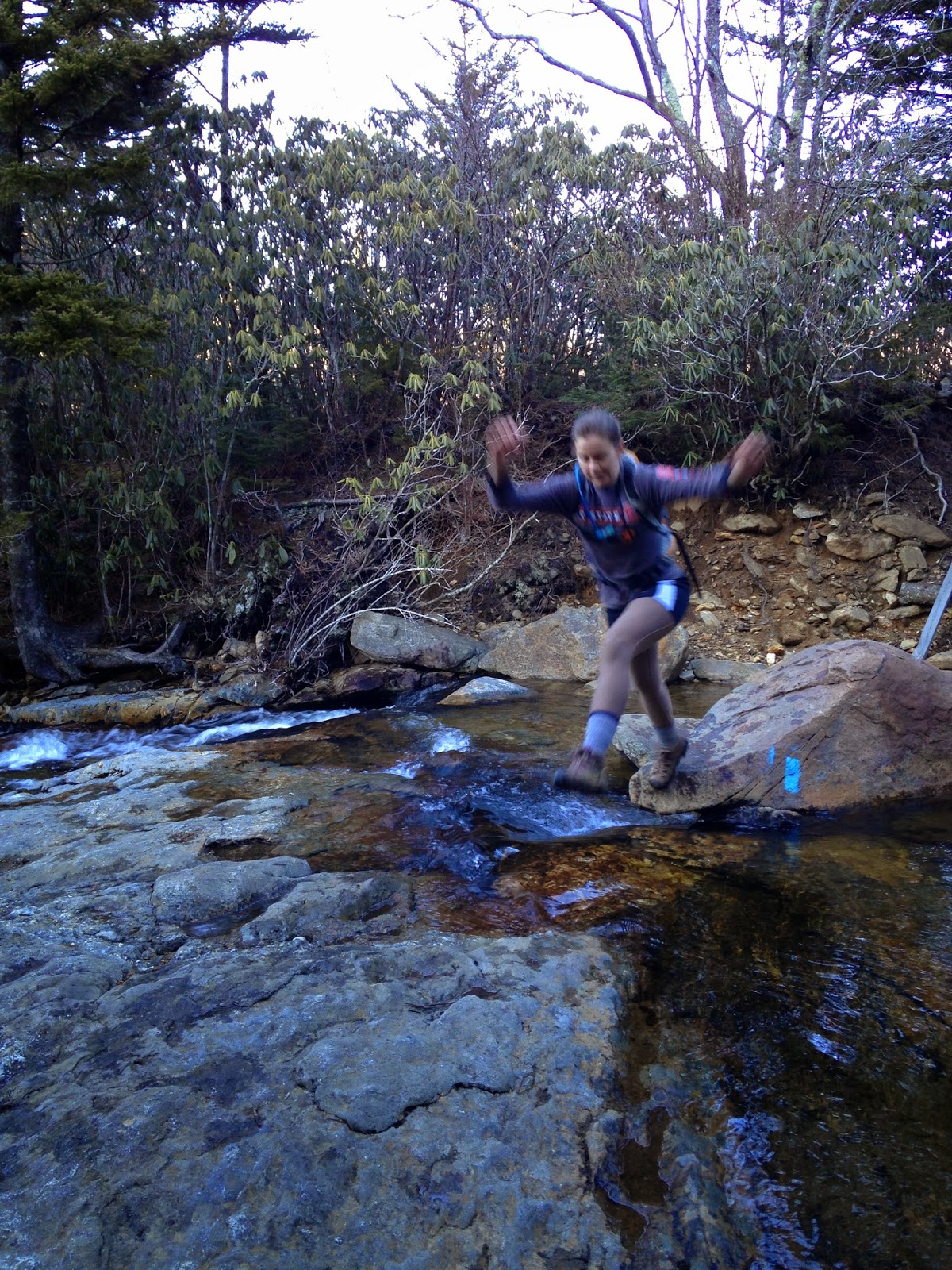 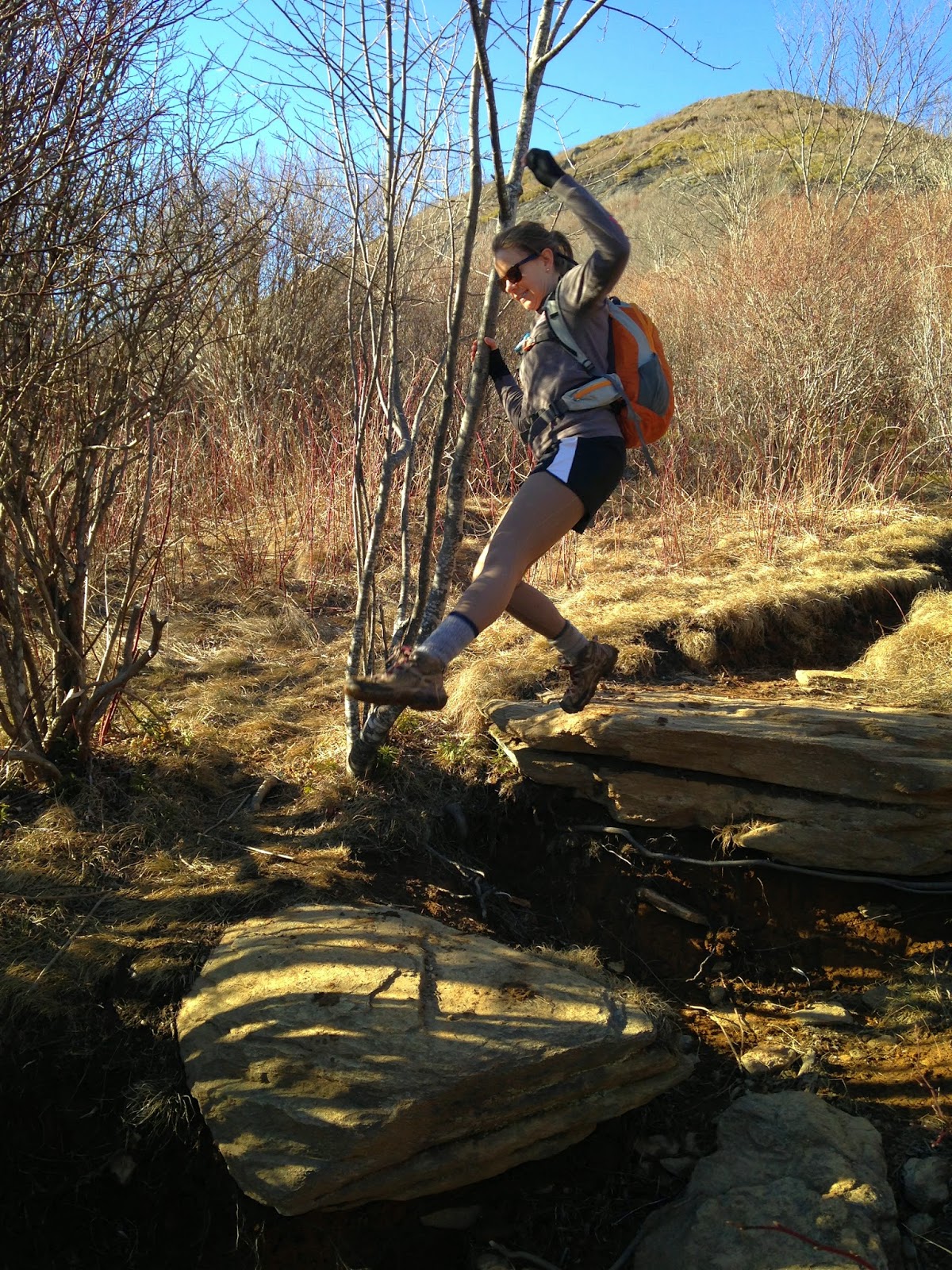 Flat Laurel Creek is one of our favorite short backpacking routes. Being in the presence of so many good memories we started planning the coming season's adventures. Soon enough we made the Sam's Knob intersection and, of course needing to climb a 6,000ft mountain, we started up. 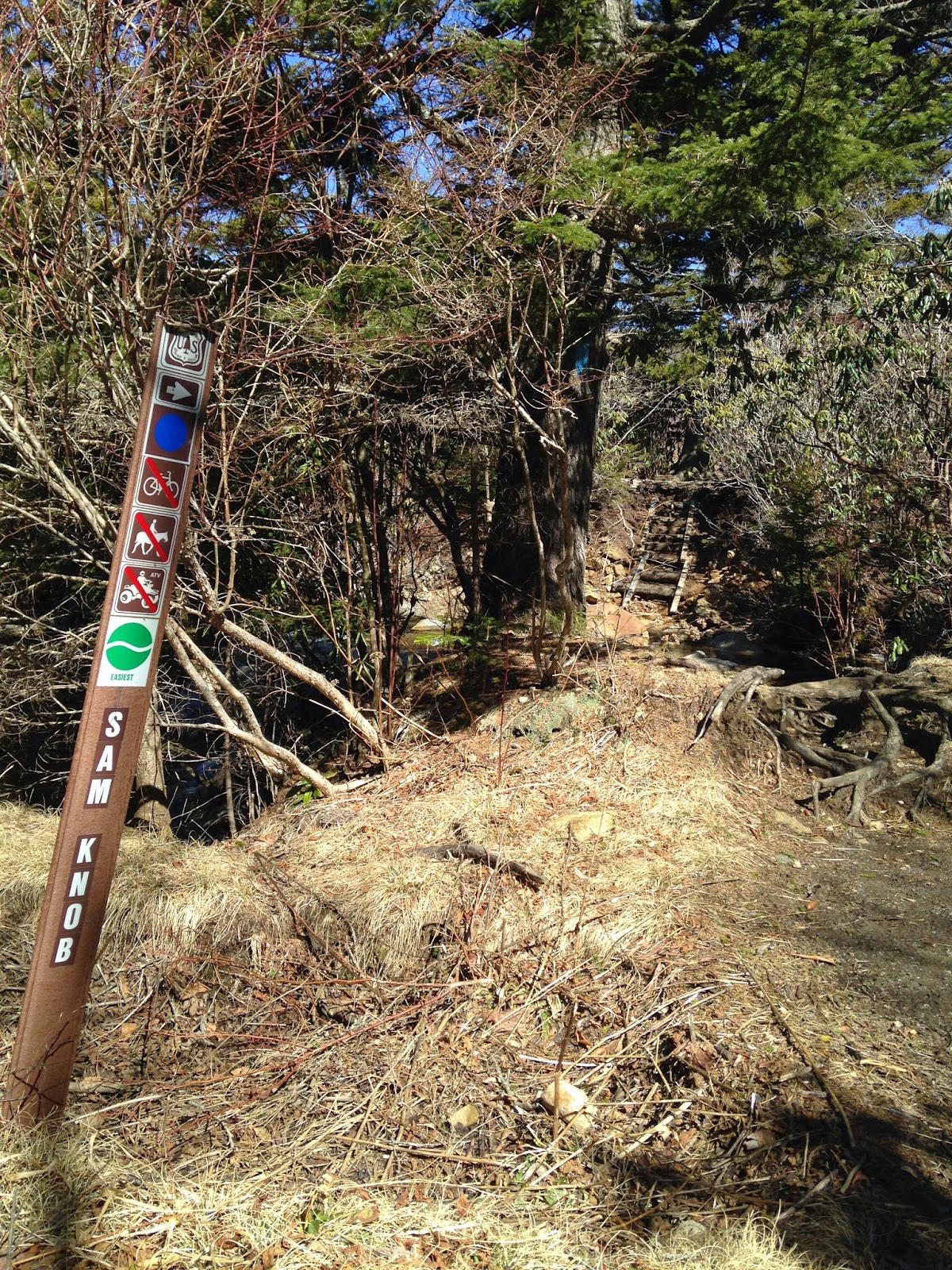 Once on the summit it was peace, picnic, and Pabst for a good long while. 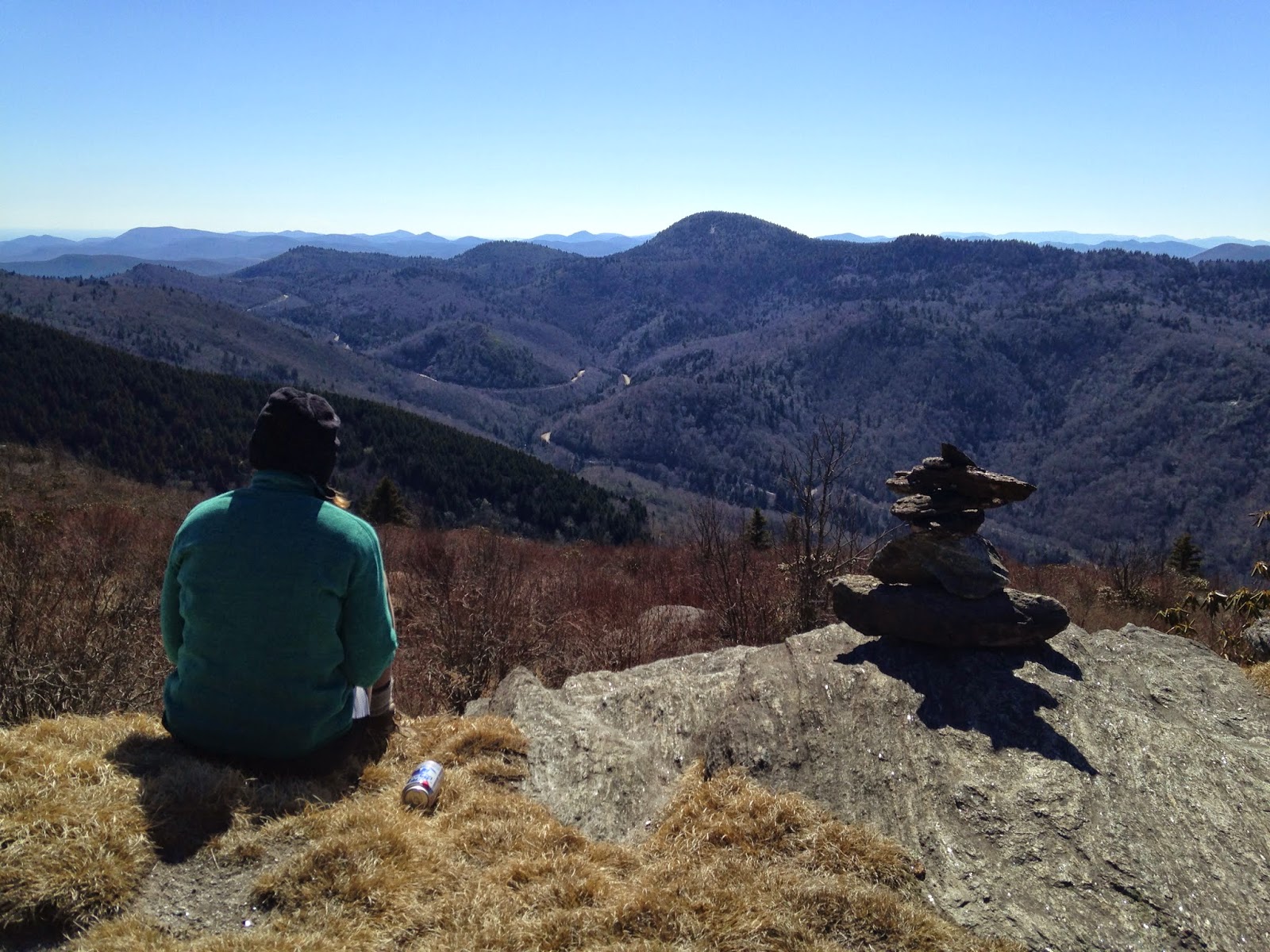 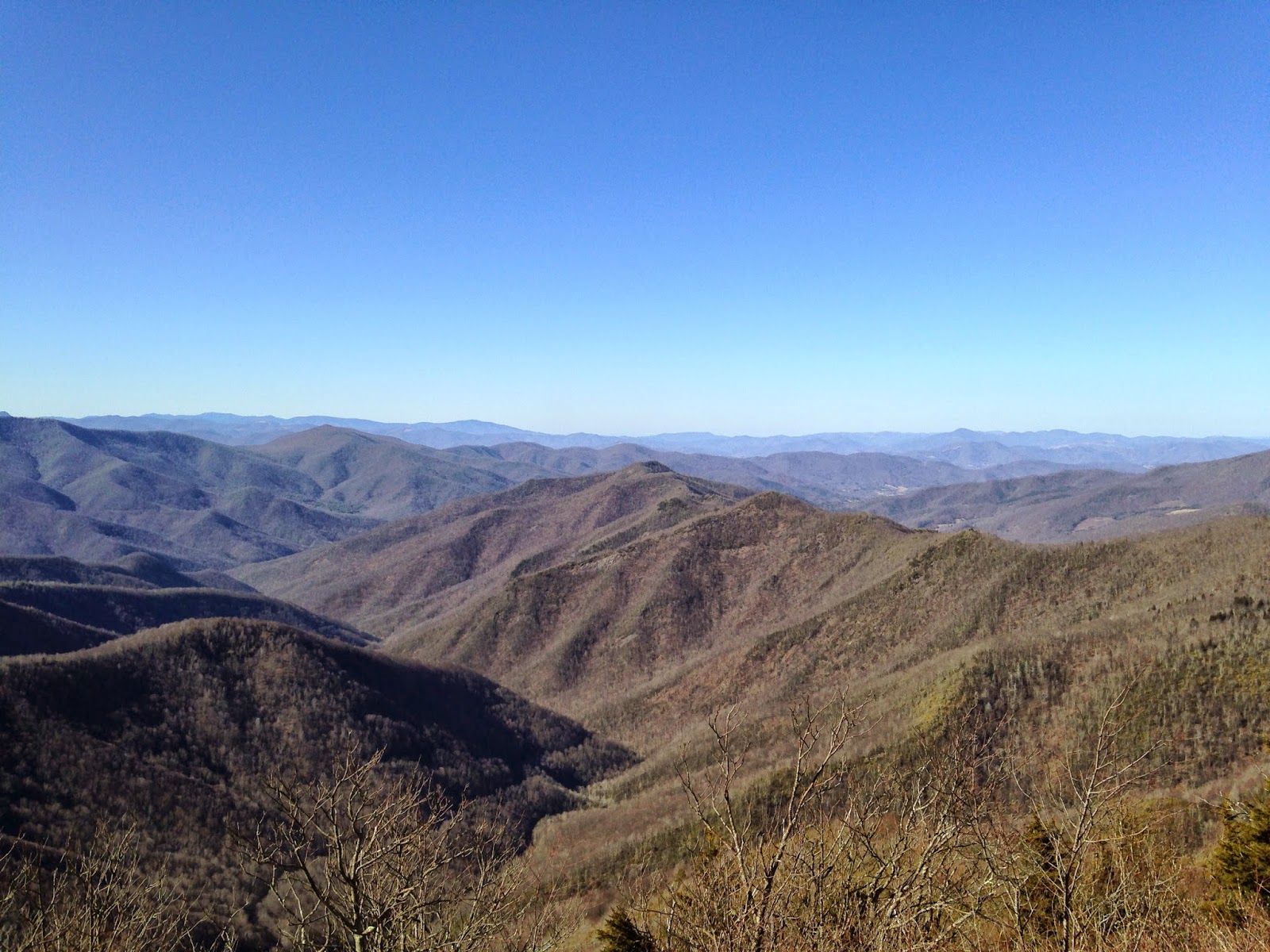 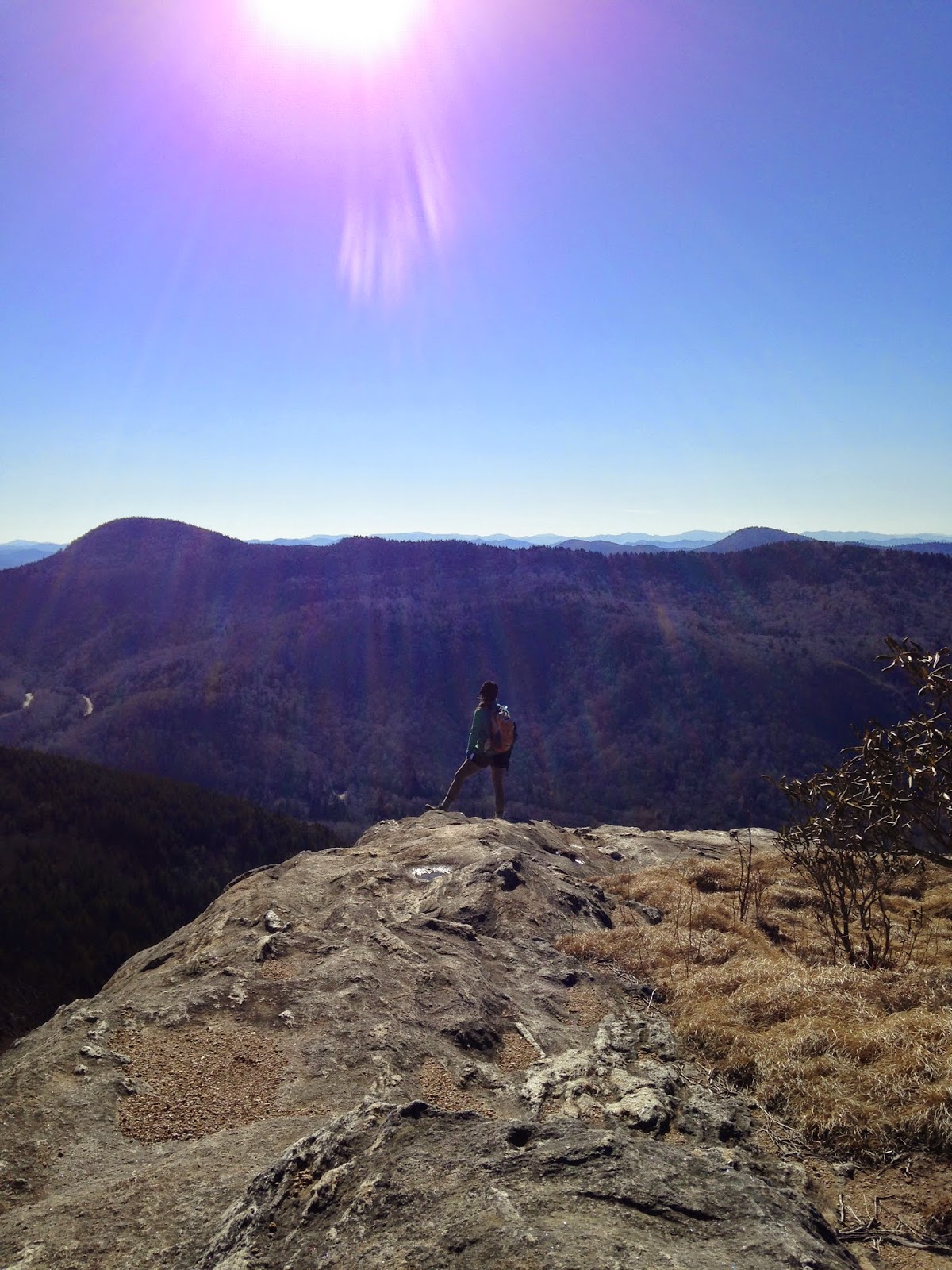 We had plans that night to see some rad 80's music cover group called The Breakfast Club so we cut out before nightfall and headed back to Ashevilletown. We'll be back soon though... 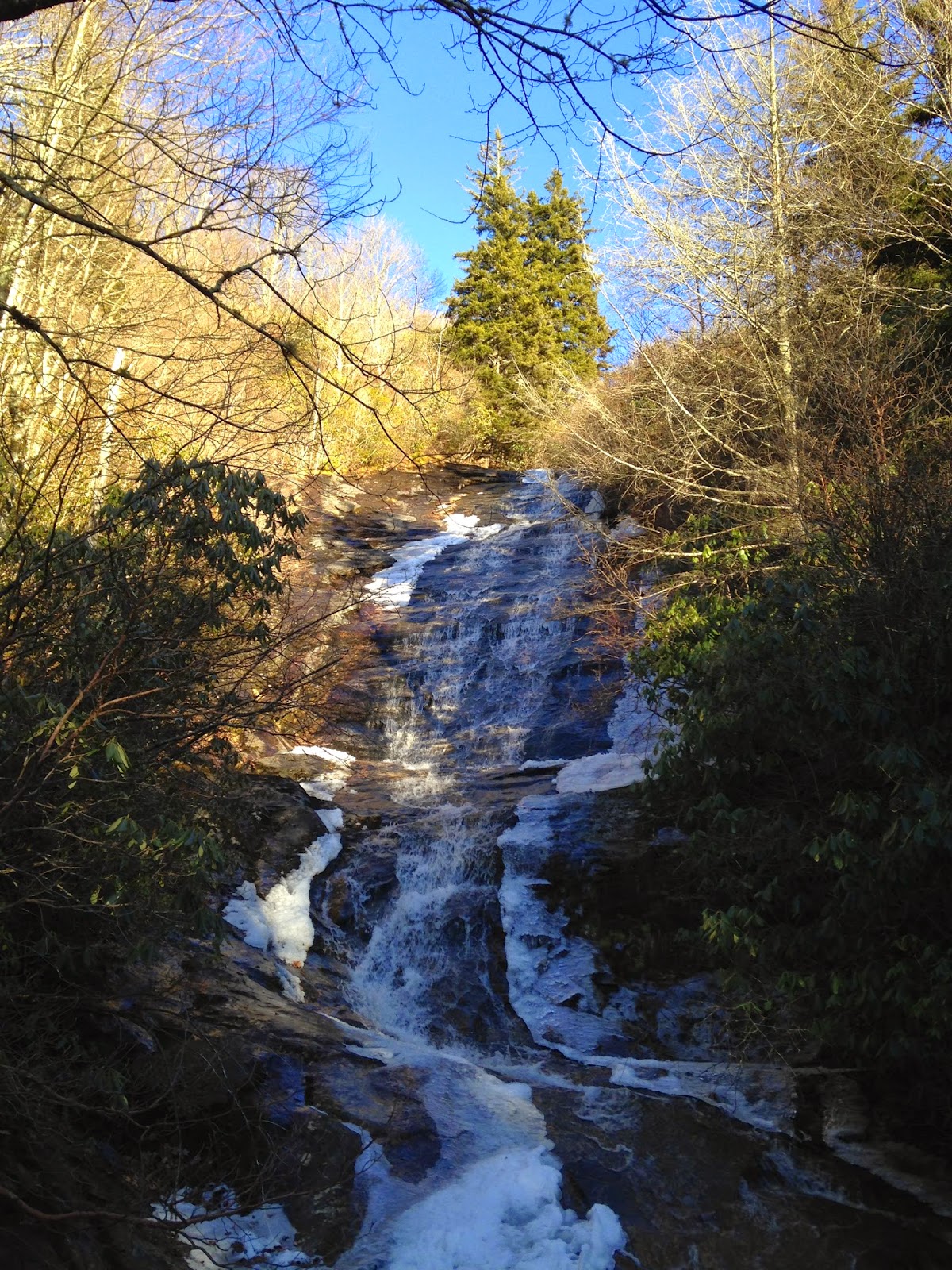 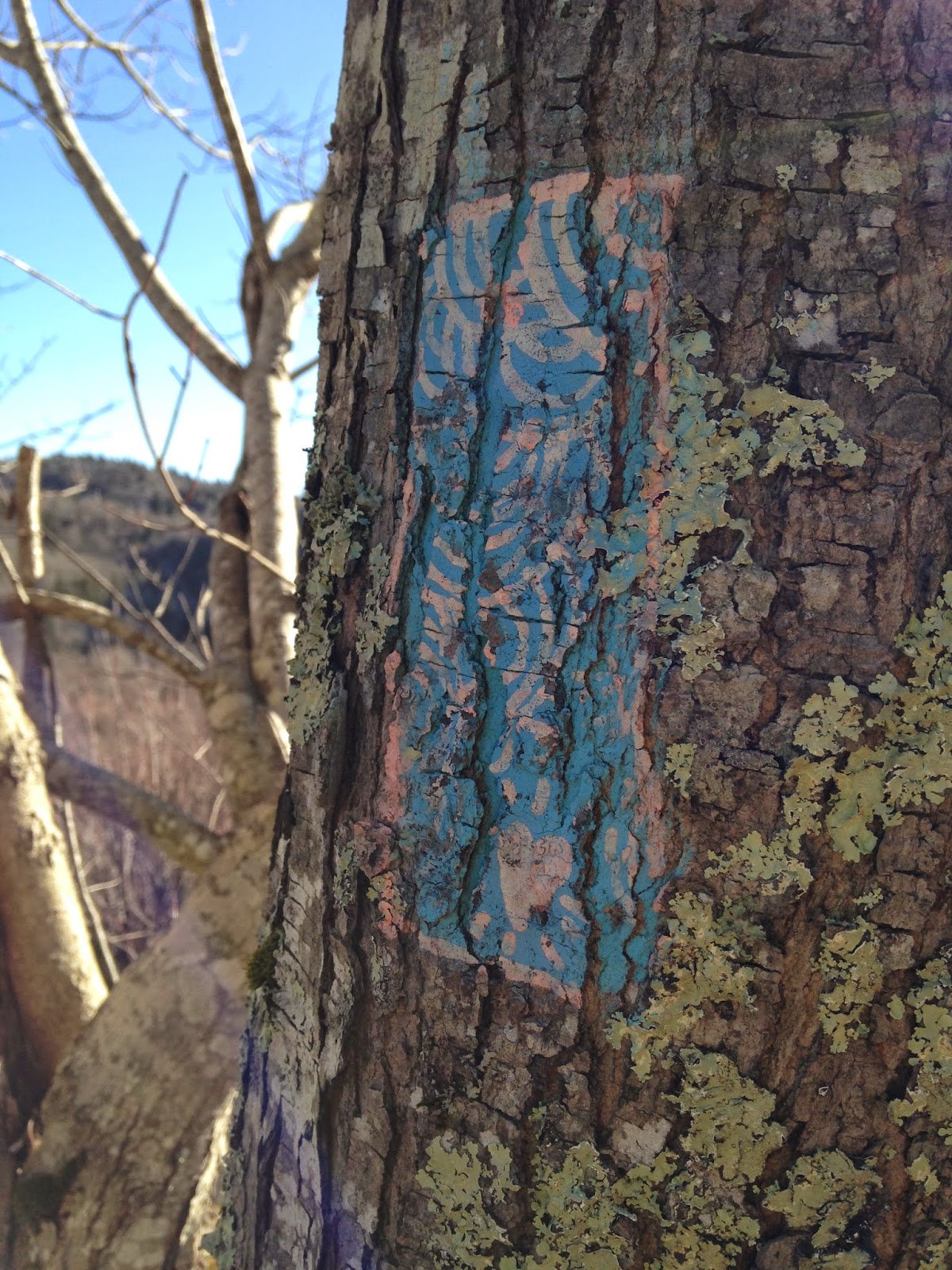 its hard to stay away from that place. 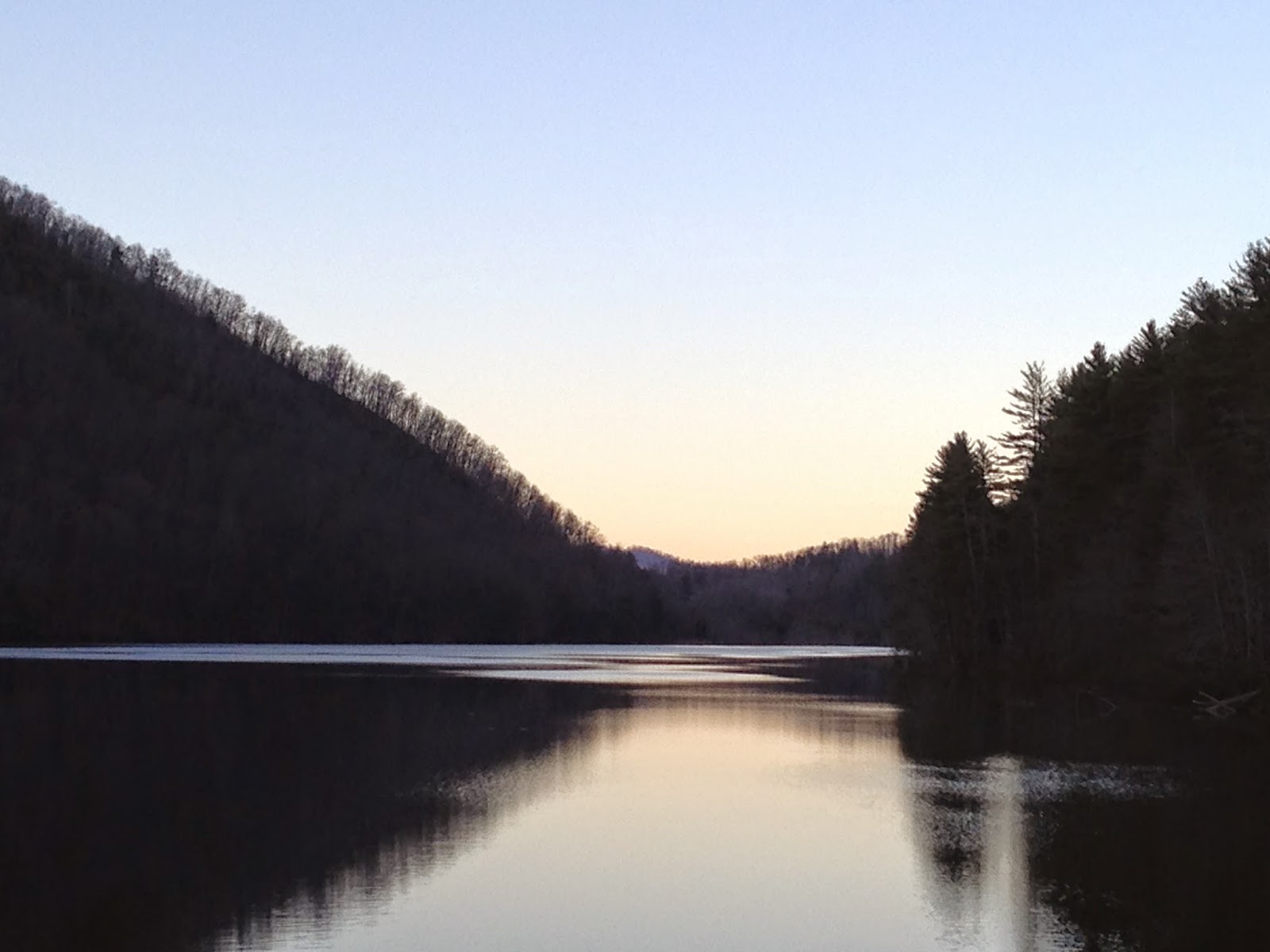 The concert was pretty nuts and I totally should have dressed for the occasion. Ralph Macchio, Olivia Newton John, Boy George, Niki Sixx, and all your favorite 80's icons were there in the crowd jamming to Foreigner, Eddie Money, Duran Duran, and all the other music that sucked during the 90's but is now popular again for some reason? Next time we go I think I will channel my inner John Hughes and gear up right... Either way they played some good tunes and generally Rocked the Casbah.

He came up to chill and get a little rad in the forest on mountain bikecycles. Neither one of us felt like we were ready to go for PMBAR coming in a few short weeks and we needed saddle time on the trail. The plan of attack was to head to Turkey Pen, ride up Squirrel Gap toward something and then ride something else and so on and so forth until we were tired. Hopefully in the neighborhood of 30 miles +/-.

We were cruising up Squirrel when my derailleur started skipping and making a ruckus so we stopped just shy of Horse Cove. Upon further inspection It was discovered that my cassette was in imminent danger of going to shit due to the three middle cogs coming loose from one another. No bueno. We sat there a moment deciding what to do. Risk it or ride out. Well that decision was easy because I took one pedal stroke and the cogs sheered from the housing and crippled my cassette.

At least I had the largest three cogs to ride in... So it was an easy spin back to Turkey Pen and then downtown AVL for Charlotte beers in Asheville and fried green/pimento cheese sandwiches. 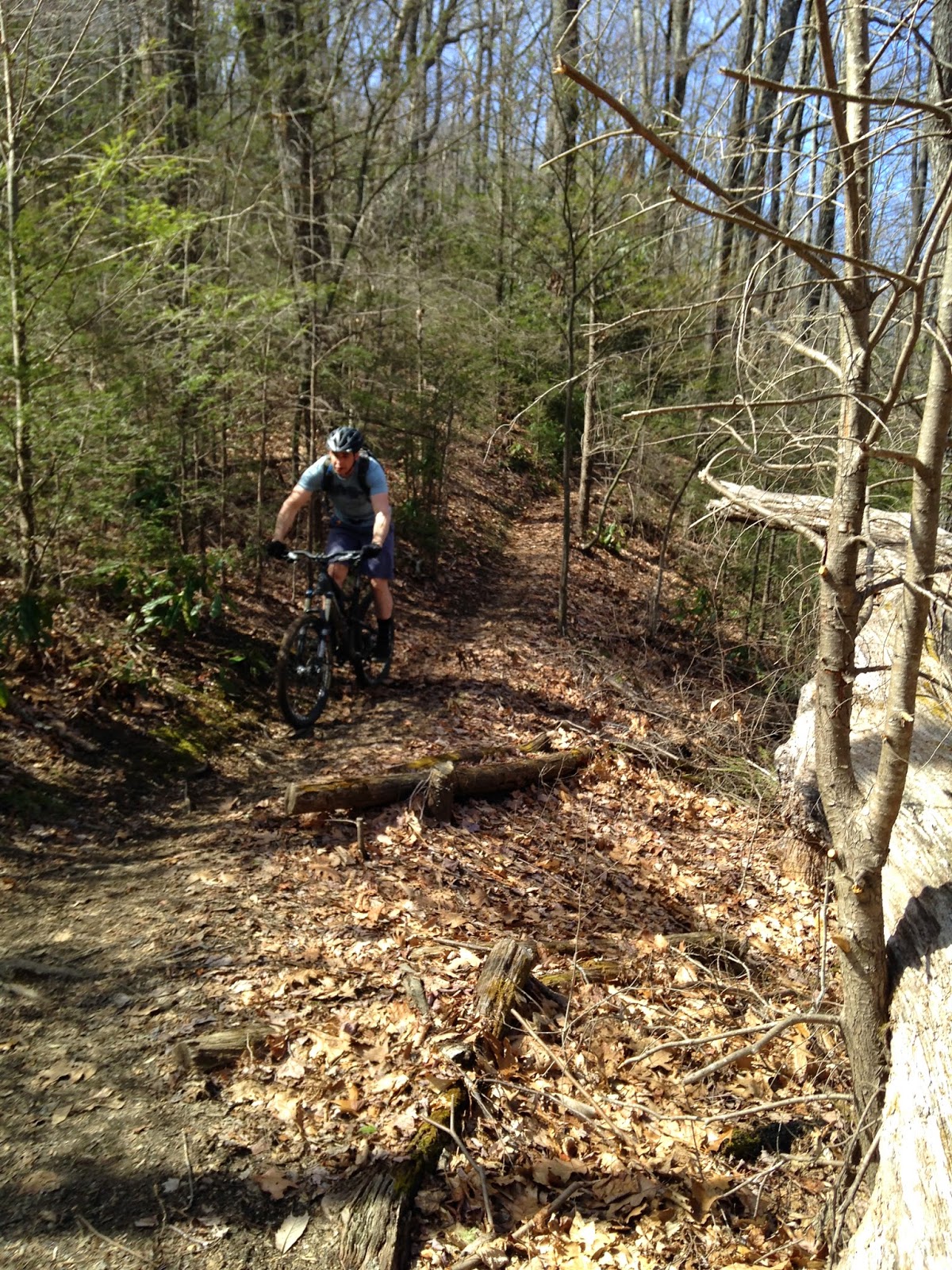 A weekend well spent by my count. I feel much better prepared for King o' Pisgah after doing a long(ish) ride and finally getting back onto some legit Pisgah singletrack. We have longer days now and this means post work riding in the light of day like the good Lord intended...

Hope you lizard monsters all had a great weekend as well...