Hope everyones end of week celebratory endeavors have been planned and are in fruition going into this Friday. Mine sure as shoot are.

This weekend I'll be ditching the bike and shouldering a back satchel to spend the weekend in the Linville Gorge Wilderness.


I'm mucho excited to be doing so. It has been many a year since I backpacked in "The Big Ditch" and the last time didn't go so well...

It was July 4th weekend of 2012 and FW, The Bear, and I set out to do a loop affectionately called the ITAYG (Is That All Ya Got!). The ITAYG is 22 miles of some of the most rugged and scenic hiking in the Southeast and the name is very suiting cause its a bitch of a hike. We planned it as an overnight'er (something I had done twice before solo), but a late start and a bad thunderstorm put us waaaaaay behind for day one.

Long story short over the course of the hike I developed a severe sinus infection and blew out my knee, FW almost broke up with me from my desire to hike "just one more mile", The Bear nearly died of dehydration, and all three of us were nearly killed by lightening...seriously.

This time will be different!

On this Pisgahdventure I will be joined by none other than Beatty trail crew leader, expert hole digger, and craft beer connoisseur David G. The plan is do the ITAYG as an overnighter...again...

Head up the mountain, night hike in a few miles, drink beers that have been packed in (why? because beer...thats why) wake up Saturday and hammer out about 16 miles, wake up Sunday and plow through 12-14 miles back to the car, then go eat burritos somewhere on the way back down.
Piece O' Cake...

I really enjoy these Wilderness Areas, especially Linville Gorge, mostly because they're remote, not well traveled, and really test your skills and comfort levels in the back country. Once in The Big Ditch you are literally on your own. No rescue crews, no cell phones, no way out. Its F'n awesome...

I'm not a "Man vs. Wild" kinda guy though. I don't go out with a "me against nature" mindset...in a fight for survival...there are already too many of those guys running around the forest. I use these adventures to try to become one with Momma Nature and pass unnoticed and with as little trace as possible. My spirit animal is the turtle...haha j/k. 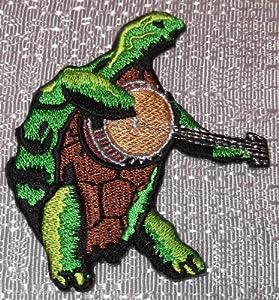 
If you don't hear back from me by Tuesday, bury me with my banjo, divide all my possessions amongst yourselves, and shotgun an IPA at my funeral...

In Beer and Music news...

This weekends beer for your enjoyment will be Tsingtao.

This beer is a crisp, refreshing Chinese pilsner and its just the cats pajamas on these hot days we have been tortured with. My advice is to drink many of them this weekend.


For your listening pleasure I invite you to enjoy this gem from The Steep Canyon Rangers. Listen to it on repeat hanging by the pool, on the trail, or by the grill....hopefully while consuming many beers with good company.

Check back here on Monday for a Weekend Recap!