How do astronomers organize a party?


We're coming straight outta AVL with this here post today. Glad you could make it. You (the one reading this) are the reason we're all here. My only blog reader.

K.A.W and I had a pretty outstanding weekend here in AshevilleNCGod'sCountryUSA. Much outside festivness went down and Momma Nature cast her radiant goodness far and low across our western Mountains. I hope ya'll had a great one too.

Lets begin with a recap...

My apathy toward getting outside when its dark and cold was getting the best of me. The last two weeks had me sitting at home moping and drinking and drinking and moping. Cold, wet, and sad is no way to spend the weekdays. Getting out on the weekends in the daylight is great but riding 40 miles over the course of the week is no way to get rad in Pisgah for the KOP this summer. Somethings gonna give and soon.

I wanted to go out and do a stupid road/gravel ride that would be brutal and help establish a bar to shoot for in my "training" for the KOP. Somewhere around the 65 mile mark. However Friday chores got the best of me so all I could do was gather up The Bear and head to a local sweet spot for a fun run on Thelma Lou.

Suns out (no guns present) and we had a great time. Good for it too because The Bear doesn't get to do much riding. Mostly because she's a dog and cant ride a bicycle, but also because she cant hang on long mountain rides. Even so she enjoys it immensely and so I like to take her on my short rides. I know she enjoys running free and frolicking hither and tither through the mountains.

Good times with the pup. 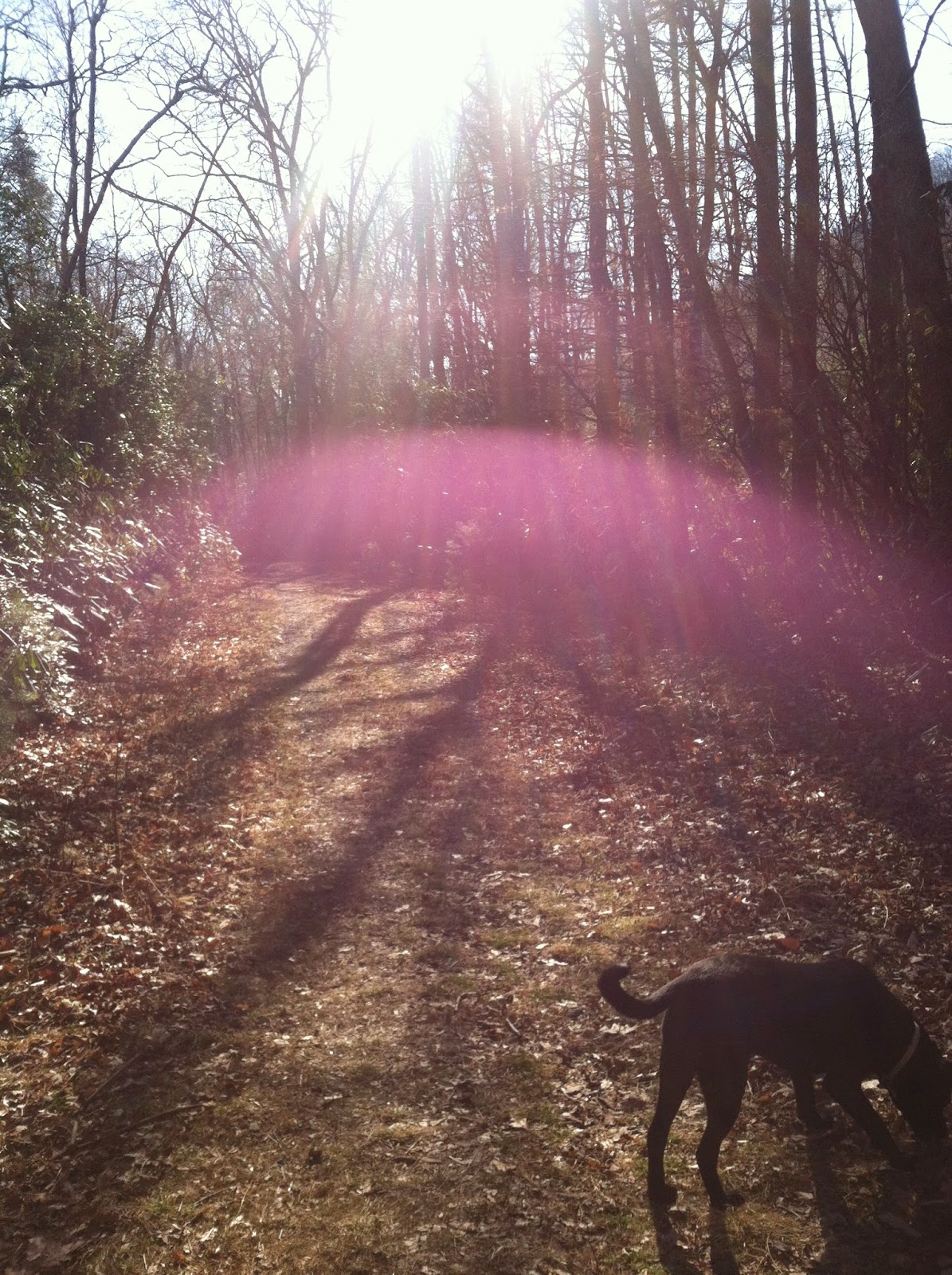 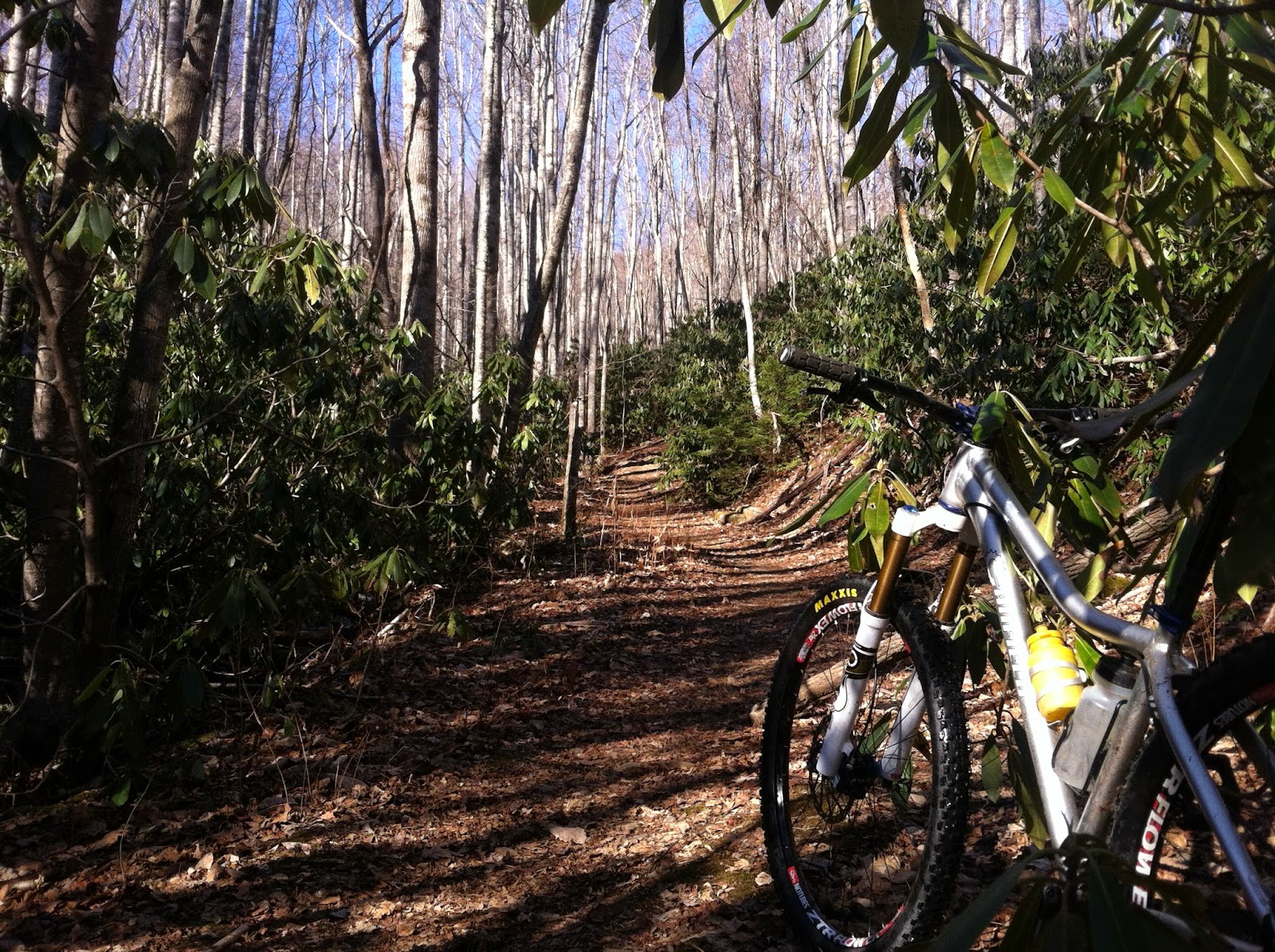 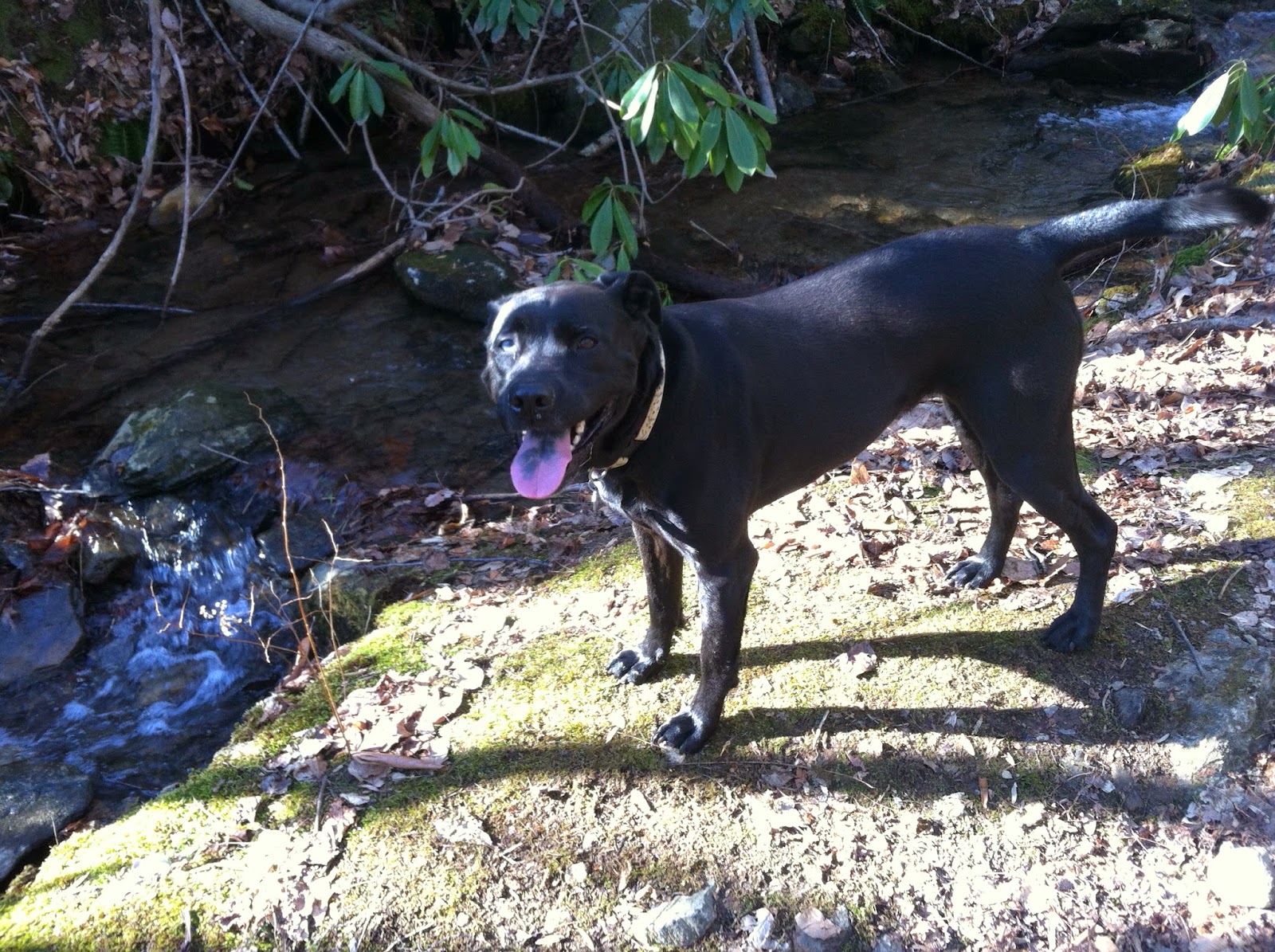 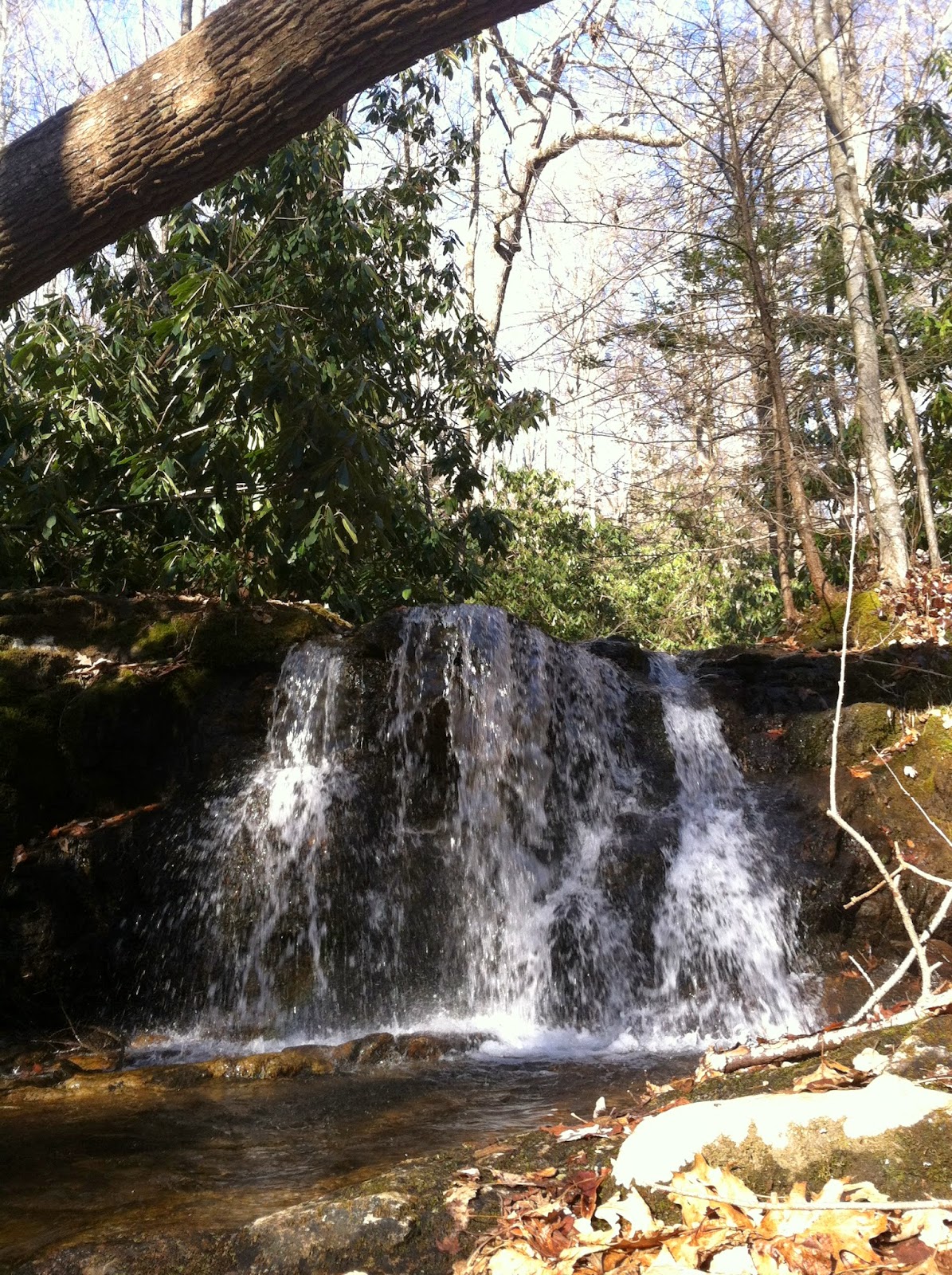 Back at Greenview it was beer thirty, or beer o'clock, or quarter past Pabst and just chillen-pickin some tunes on the banjo  and bluegrass and beers filled the evening nicely.

Plans had been planned to ride with a critical mass quantity of Charlotteans in Dupont. However, at the last minute word arrived that one of K.A.W's former co-workers and all around pleasant Durhamite, Mike P, was in town and wanted to shred in Pisgah proper. I, never shying away from radness in Pizgarh, of course obliged, and we set off for a run around the fish hatchery.

475 B, Cove Creek, Daniels Ridge, FARLOW Gap, Daniels again, and out on Davidson River. Big climbing day and it was much needed. My legs have a long way to go and sitting on my ass drinking fine Russian beer ain't getting me there. Plus I always enjoy riding with new people and showing them trail they haven't been on before. The day started mellow with numerous tugs from the ole jug that Mike P had brought along. Whiskey makes everything better... Mountain biking included. Ride up Cove, crush Daniels Ridge and onto the suckfest that is the Farlow Gap climb...

Farlow Gap starts with a soul crushing gravel/singletrack climb of several thousand feet over just a few miles. Once you make the top, drop your seat and clinch your butthole cause its big mountain riding all the way down. Huge rocks that swallow your wheel, steep pitches to put you over the bars, and its all covered in leaves making it awesomely sketchy. There is nothing else like it in the district. Its hands down my favorite trail and its a shame I don't ride it more often. Mike P slayed it like he had done it a million times before. Probably helped a little by the liquid courage we imbibed before the decent. It had been a long time since I'd been up on Farlow and I forgot how great it is. I have a good feeling me and Farlow are going to see more of each other in the coming months... 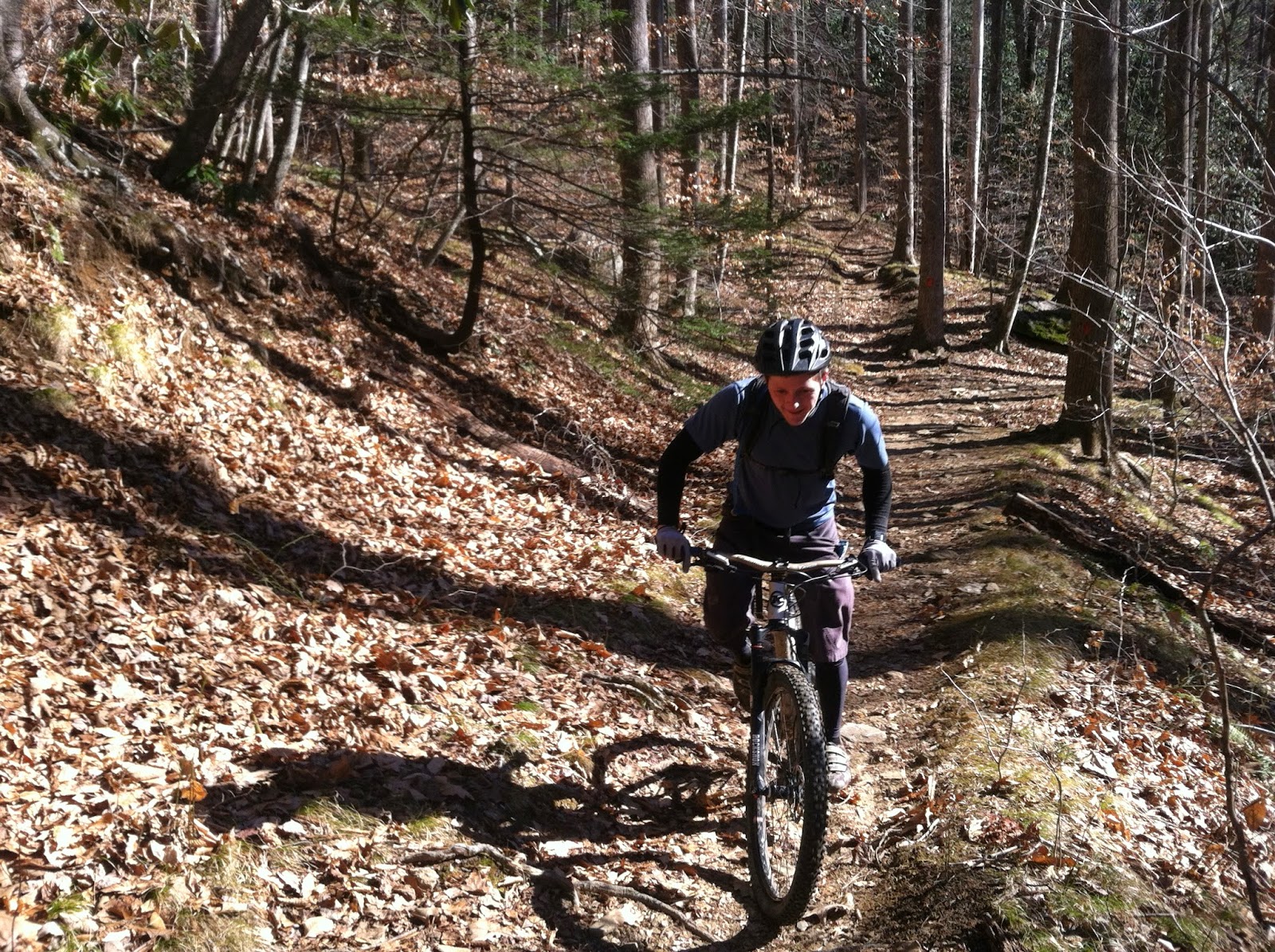 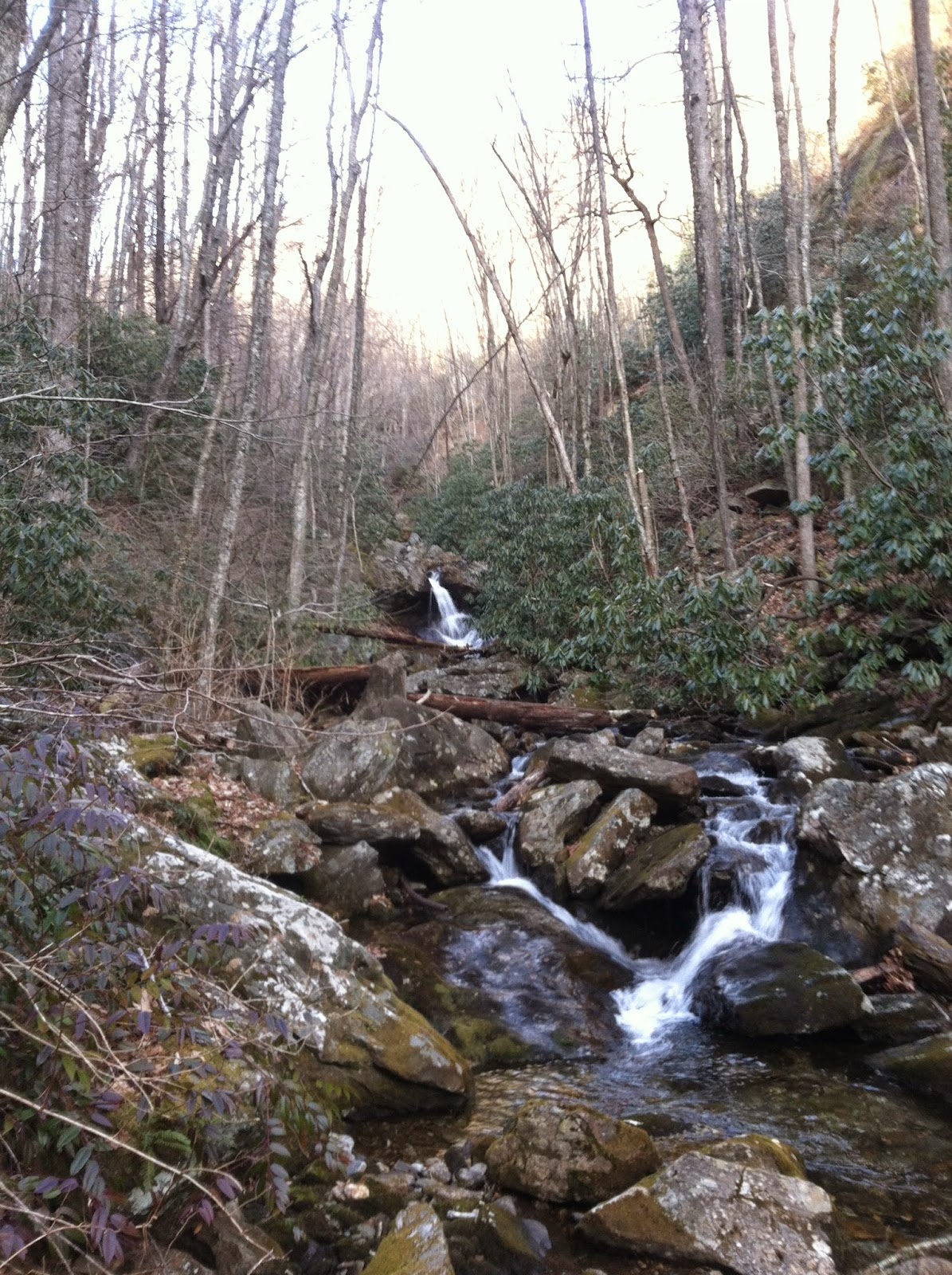 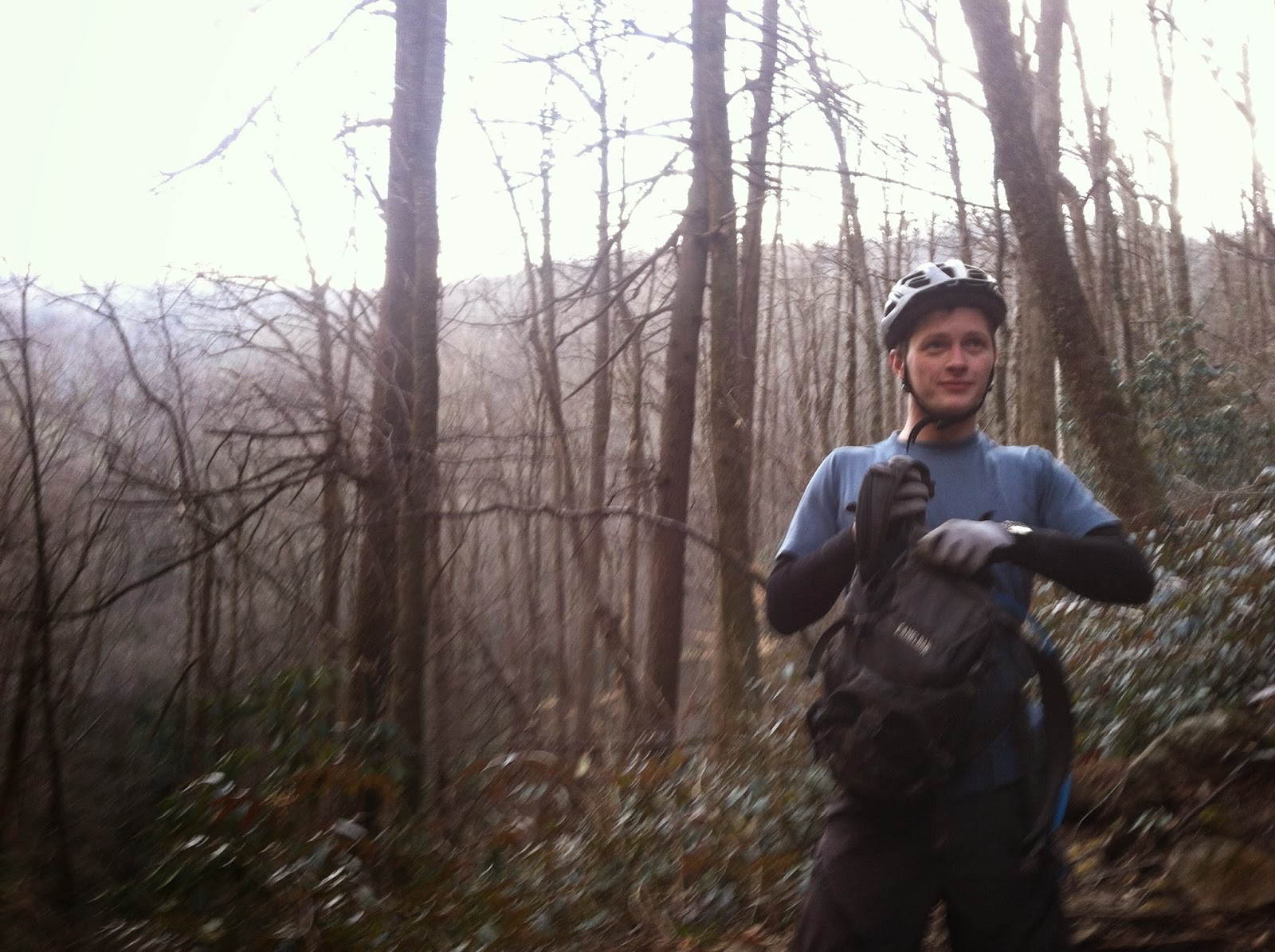 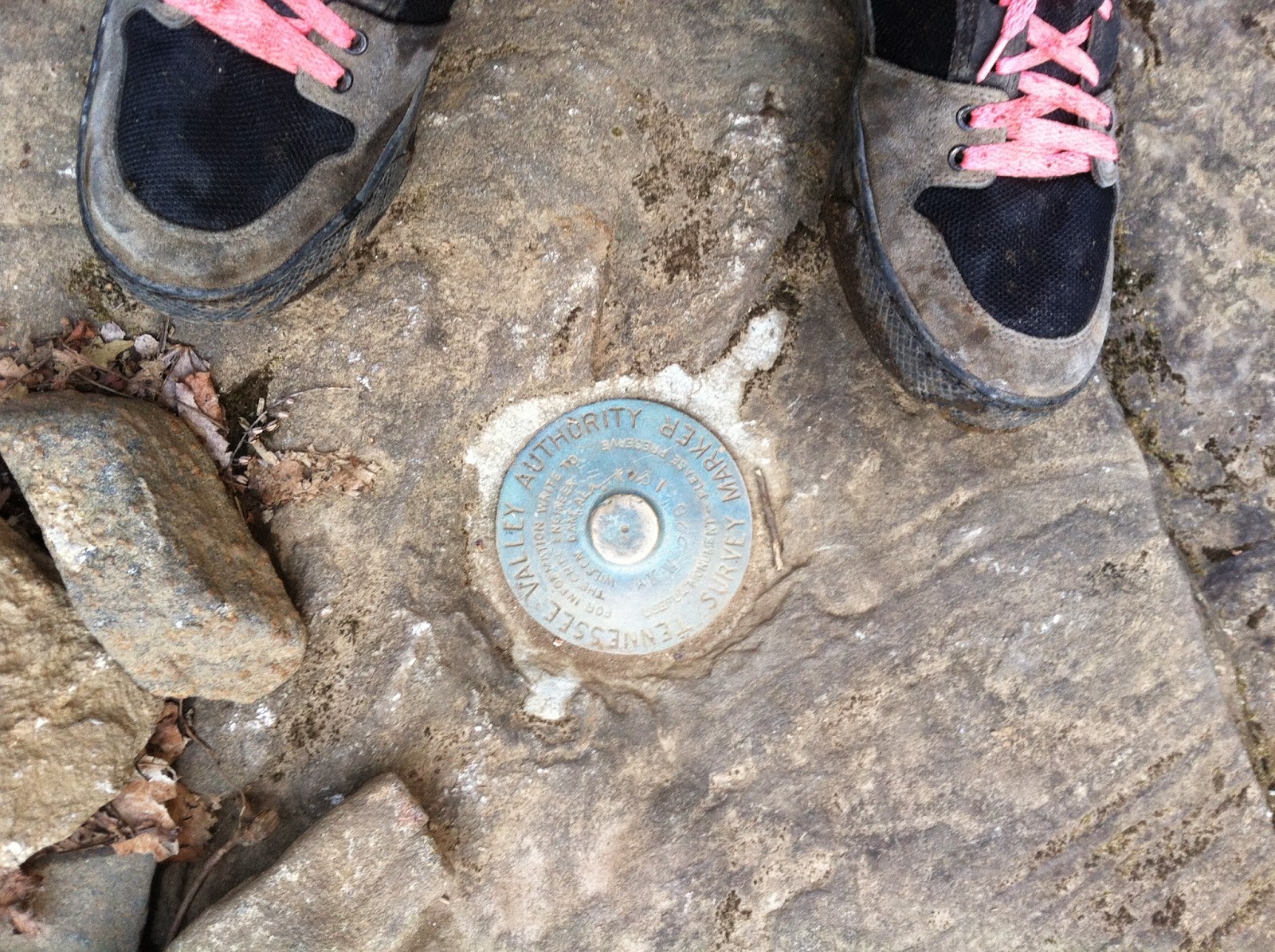 Ride done we headed to the Pisgah Tavern for more booze.

Up early and on the trail with The Goose and The Bear for a mellow Sunday Morning stroll on the MST. Lots of stuff to smell and to poke heads into... 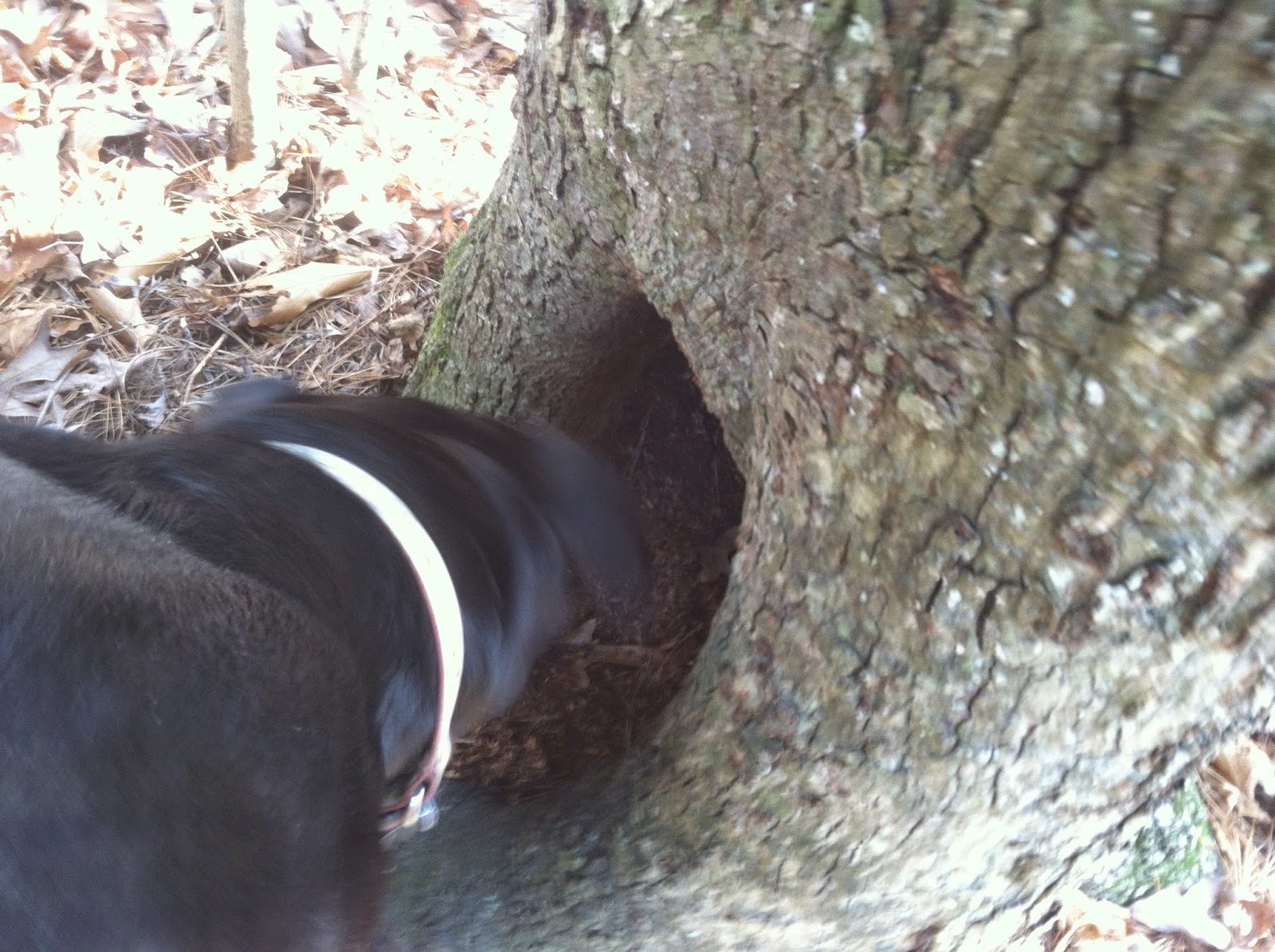 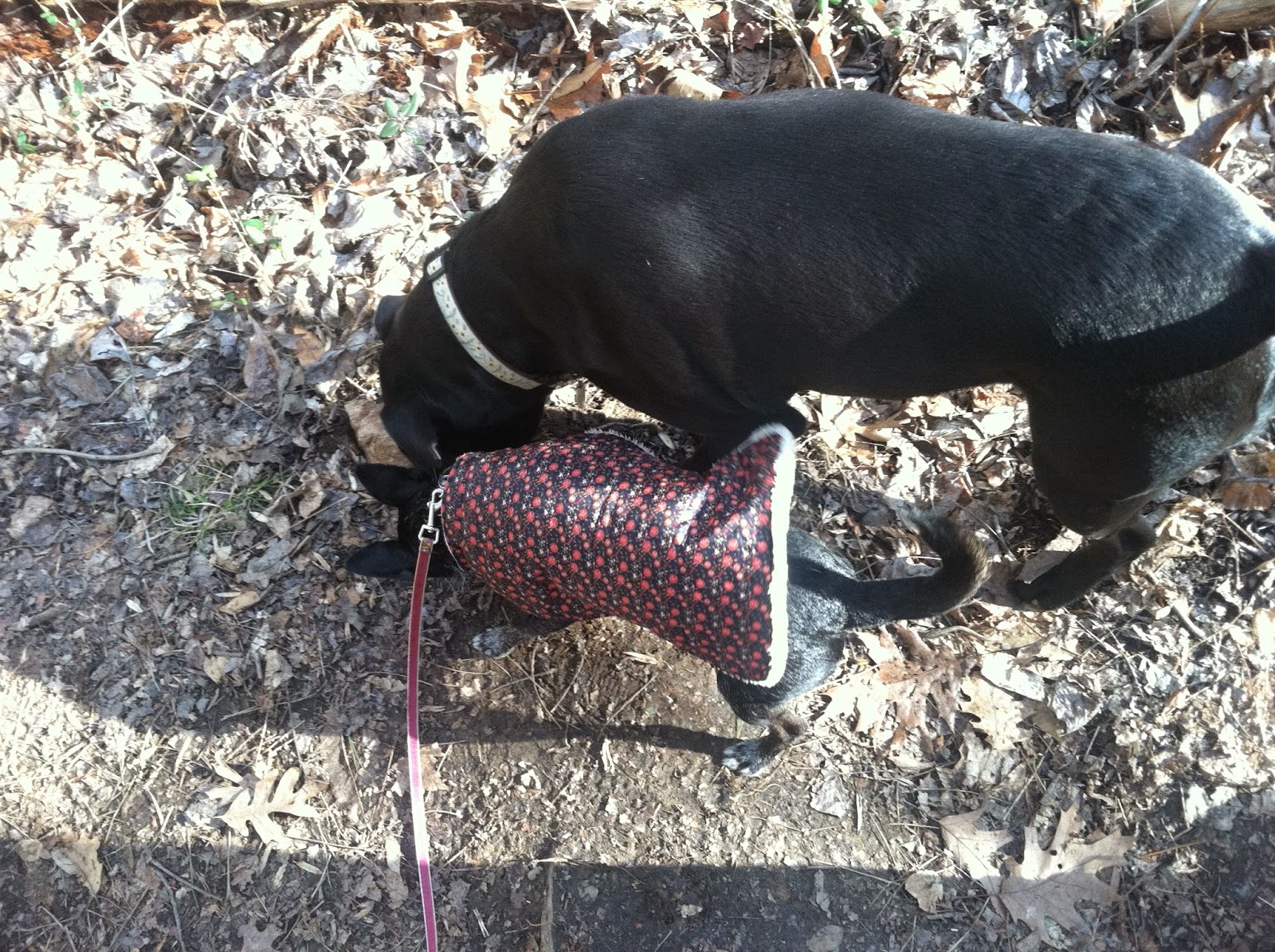 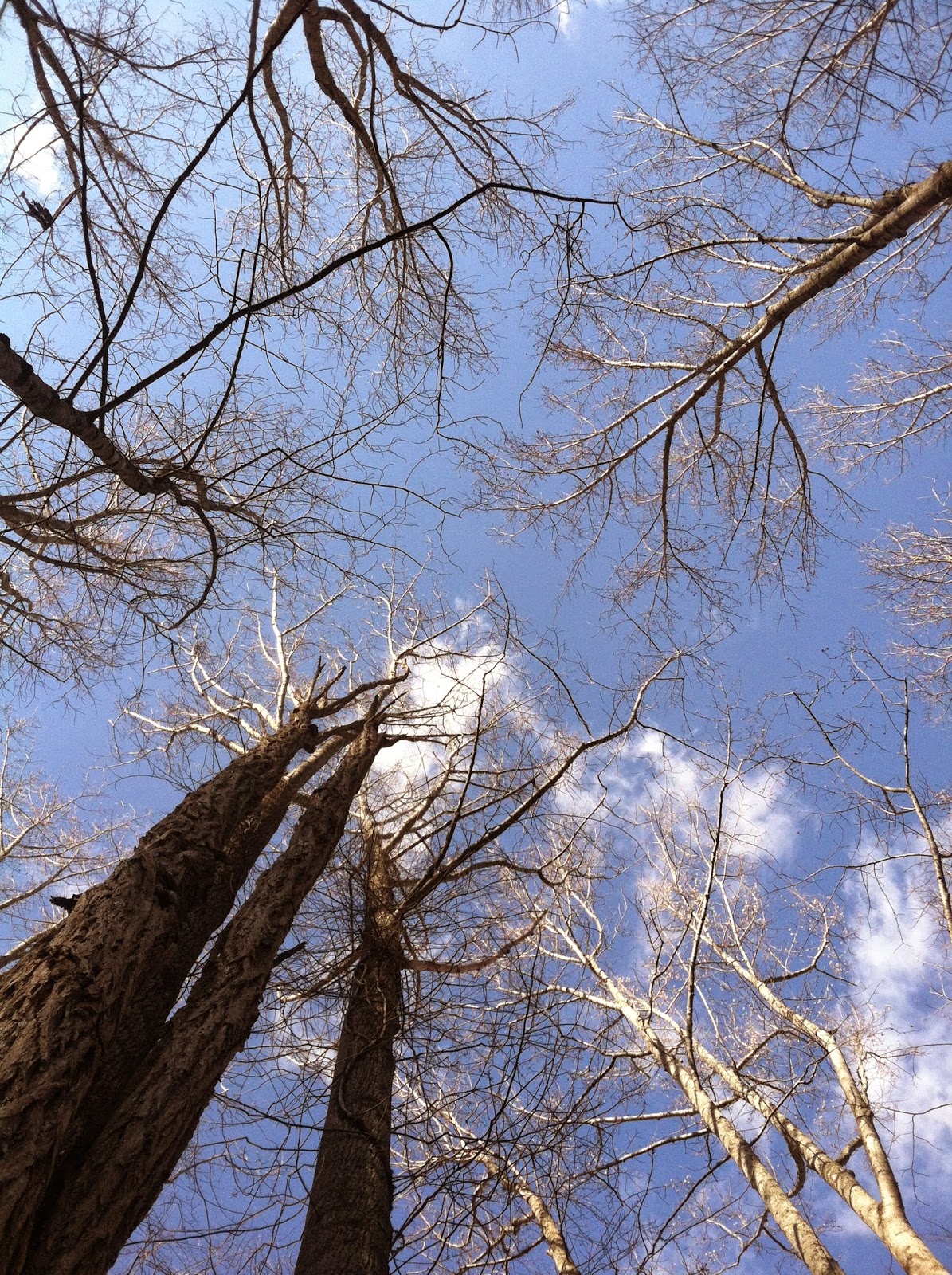 Weather this coming week looks stupid good so its on the bike as much as possible and looking forward to the Icycle/beer drinking competition in the woods with bikes too. If your there come say hello and shotgun a Russian beer with me.

Hope to see ya there.

Have a rad week folks,